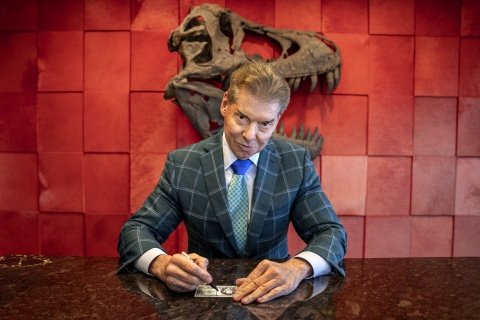 Fans can also bid for a chance to win a tour through WWE’s Warehouse with Triple H as their guide to see one-of-a-kind pieces, including iconic match-worn gear, championship title belts and rings from legendary events. A lucky fan will also be able to win two tickets and a behind-the-scenes experience at WrestleMania featuring a meet-and-greet with The Undertaker.

“We are honored to be working with WWE for our first-ever auction featuring fan experiences,” said Ross Hoffman, CEO of Goldin. “WWE has built a brand that is constantly innovating and providing the best to their fans, and we could not be more proud to help provide a new way to engage with their passionate fans. And what better way to do so than to offer experiences with storied WWE Legends Triple H and The Undertaker!”

“Goldin is a clear industry leader, and we believe this is an incredible opportunity to give fans a chance to own a unique piece of SummerSlam history,” said Scott Zanghellini, WWE Senior Vice President,

In addition to the one-of-a-kind experiences, the auction will also feature 7 WWE SummerSlam memorabilia items, such as:

This auction arrives just in time for SummerSlam, WWE’s biggest event of 2021. SummerSlam will take place from Allegiant Stadium in Las Vegas this Saturday, August 21, marking the first time the annual event has been held at an NFL stadium. The event will stream live at 8 pm ET/5 pm PT exclusively on Peacock in the United States and on WWE Network everywhere else.

Goldin has built a reputation as the trusted leader in trading cards, memorabilia and collectibles. The company has consistently broken auction records this year and has already done over $250 million in sales in 2021.

Goldin is the leading marketplace for trading cards, collectibles and memorabilia. Founder Ken Goldin has sold more than $1 billion in memorabilia from many of the biggest names in sports, history, and pop culture. The company routinely sets records for the most expensive trading cards and other memorabilia ever sold. Lifelong collectors and new hobbyists alike trust Goldin because the company professionally authenticates everything it sells. Goldin is the official auction partner of the Naismith Memorial Basketball Hall of Fame, The Major League Baseball Players Alumni Association, The Jackie Robinson Foundation and the Babe Ruth Birthplace and Museum. Learn more at GoldinAuctions.com, and on Twitter and Instagram.