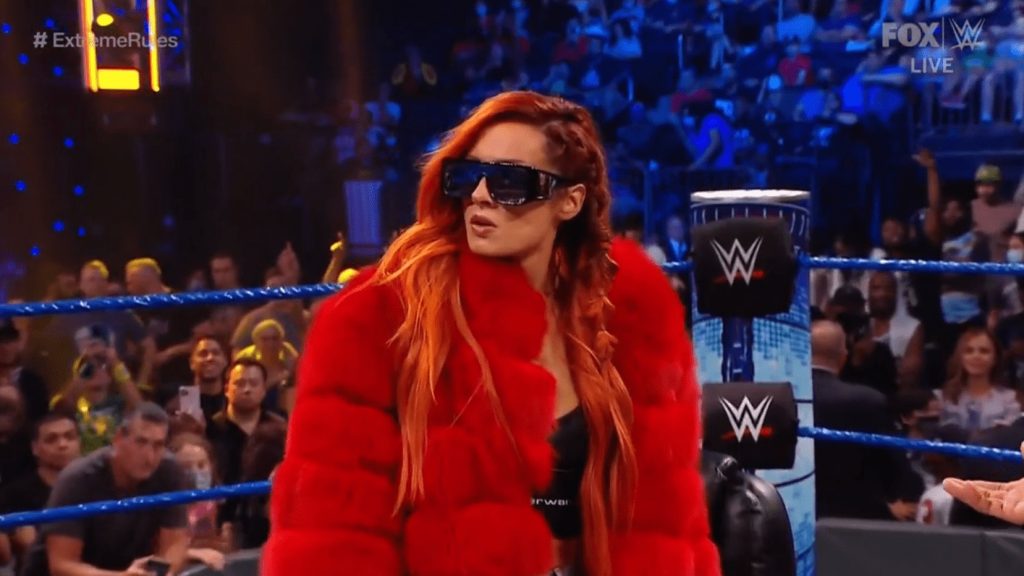 On September 13th, WWE filed to trademark the term “ Big Time Becks” for entertainment purposes.  Along with “The Man”, Becky Lynch has been going by “Big Time Becks” on Twitter since her return to WWE at Summerslam where she defeated Bianca Belair in 26 seconds to win the championship.

The description of the trademark is as follows:

Becky Lynch will be defending her title against Bianca Belair at Extreme Rules.