WWE Could Be Preparing To Sell The The Company 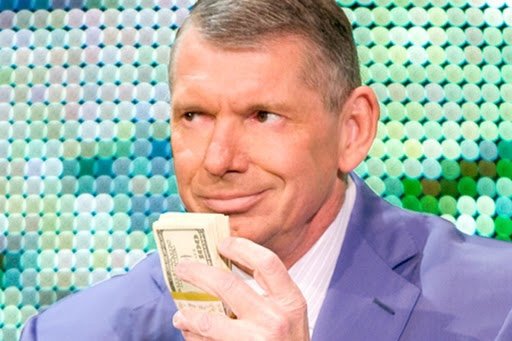 Despite WWE’s history being long and extremely complex, the core of the company has always had one thing in common, and that is that it has been owned by a McMahon. However over the past decade Vince McMahon has made it very clear that he is open to selling the promotion is the right offer ever came in, but rumors suggested WWE asking price was significantly higher than it’s worth, and there was belief among many that Vince McMahon had no real intention to sell, meaning no rumoured deal ever became more than a rumor. After today’s releases, along with the recent mass WWE office releases, some are speculating the company might finally be getting ready to sell.

Despite earlier this year WWE President Nick Khan publicly stating on the Colin Cowherd podcast that he did not think Vince McMahon would ever want to sell the promotion, the recent releases make it clear that something is going on.

As we previously exclusively reported, the graphic design department in WWE has been under a lot of pressure in recent years, with the designers being forced to create quantity over quality, and this has resulted in them having a lot of restrictions, and the overall feeling in the graphic design and media departments were that of stress. With the recent mass releases to the media and design side of the WWE office team, the team had been forced to do nearly twice as much work, for the same pay. We understand that the feeling among the team is that of a ticking time bomb, and this new streamlined approach to merge both WWE media departments into one with only half as many staff, isn’t sustainable, with it only being a matter of time until staff make the decision to leave the promotion, or based on similar situations in other companies, even take strike action.

While the morale among talent in WWE has undoubtedly been boosted by the fact that fans will be returning full time in the near future, the recent releases have caused mass unease backstage, considering some of the shocking names that have been let go by Vince McMahon’s company. Once again repeating the feeling of uncertainty and stress within the promotion, which is clearly not sustainable.

Sean Ross Sapp of Fightful reported this afternoon that multiple wrestlers within WWE had contacted him asking if Vince McMahon was finally preparing to sell, after the recent cuts, however Sean Ross Sapp clarified that while a sale was not imminent, it was entire possible that what happened today could be in preparation for a potential sale.

Jimmy Van of Fightful, who is a financial and business expert, spoke about this entire situation and broke it down on the Fightful YouTube channel earlier today. He said that it would be highly unlikely for WWE to sell the company at this moment in time, due to the economy still being hurt due to the coronavirus pandemic, but did state it could happen down the road. Van also noted a potential issue with the sale of the company, and this was that he is no longer sure if anyone would want to buy WWE, if part of the deal meant that the McMahons would continue running the creative side of the company, considering the recent downfall in television ratings. The current plan is for Nick Khan and Stephanie McMahon go take over the business side of the promotion, while Paul Levesque would take over the creative team.

Van went on to reveal that based on his brief calculations, WWE would save 6-10 million a year from all the releases the company have made over the past 14 months. With the companies value currently being at around 4.4 billion dollars, this would take it up to 4.5 billion, meaning the sale would be increased by $100,000,000 based on their EBITDA.

Interestingly WWE stocks went up today after the releases, highlighting the short term advantages of this financially.

Former WWE writer Curt Schilling took to Twitter to reveal that he believes the company is preparing to sell after their actions today, as he said “You don’t cut talent assets on this level unless you are trying to maximize profits before a sale Braun is a legit top guy, a former world champion, and a merchandise mover. Alastair Black was getting a push on TV LAST WEEK. This is very telling.”

Brandon Thurston of popular wrestling financial page ‘WrestleNomics’ tweeted out today to say that he did not think the company was preparing to sell. In a series of tweets he said:

“Foreboding that WWE is preparing to sell is the stuff of cynical wrestling fan fatalism. New leadership came on in August and is still in Year 1. I would be shocked if WWE sells in Vince’s lifetime. 1) Nick Khan indicated to Cowherd that Vince has no intention to sell. 2) I cannot imagine Vince doing anything else. Lay-offs, releases, & restructuring probably has more to do with Nick Khan and Kristina Salen critiquing and reshaping what George Barrios and Michelle Wilson left behind. Every few years WWE has cut employee & talent headcounts.

WWE had over 300 wrestlers under contract in 2020, way more than they need, for basically no reason other than to hoard them from competition. Doing so probably contributed to talent leverage in pay negotiations. New leadership might not see this approach as cost effective. If you’ve followed Vince’s career, he’s a control freak through-and-through. That tendency increased with time. I tend to believe control is priceless to him. When he’s gone, sure WWE might sell and NBCUniversal is the most obvious suitor and really the only one that makes sense.

Understandably, wrestlers too may be looking for a grand reason why they or their friends were cut. 78 out of ~300 of them wrestled on all TV/WWE Network shows in the last full week, including those who were just at ringside, granted more appeared in non-wrestling roles. Even allowing for that & a substantial number offscreen in developmental or out with injuries, the ratio doesn’t make sense. The defense built to guard against AEW (putting NXT head-to-head on cable & warehousing talent) is costly, ineffective & is being somewhat undone.”

To conclude, while the data and business decisions do hint towards WWE selling the company in the near future, there are mixed feelings among experts about whether or not Vince McMahon will actually make the decision to sell, if anyone actually does pay the massive asking price, of what is estimated to be 4.5 billion after recent cuts.