WWE Confirms Sasha Banks is Out for 6 to 8 Weeks. 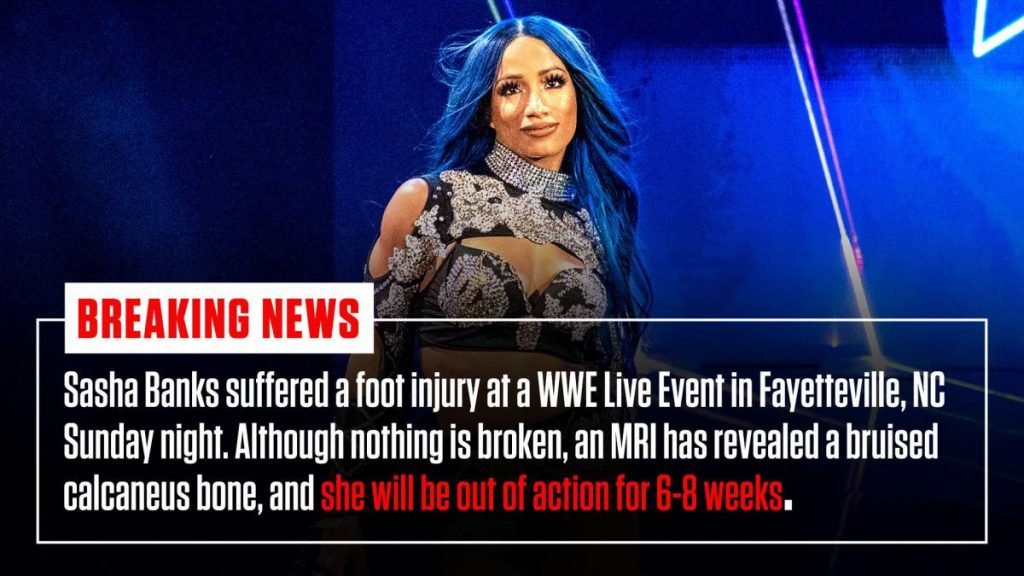 Previously reported last weekend by myself, there were thoughts that Sasha was injured after the live event match in Fayetteville North Carolina. Although Sasha Banks had tweeted out herself, thanking the fans for the love saying she was fine, there seems to be some truth to that.

WWE Announced this as “BREAKING: Sasha Banks is expected to be out of action for 6-8 weeks…” Further details within the article they posted to WWE.com shows that Sasha was confirmed to be rushed to the hospital on Sunday, and received Magnetic Resonance Imaging (MRI) as a part of her emergency medical attention. Thankfully nothing is broken but she does have a bruised calcaneus bone. The Calcaneus is located in the back of the foot and is the bone that forms the heel. WWE states that Sasha Banks is home recovering and undergoing physical therapy.

Best wishes to Sasha Banks in her Recovery, hopefully, she can be back for Wrestlemania.