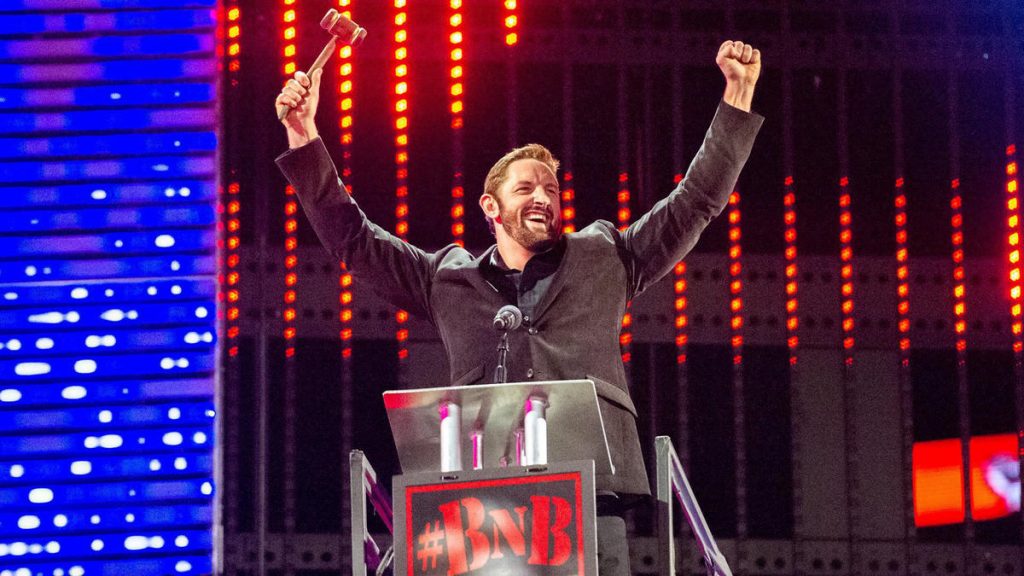 In a recent interview the current SmackDown commentator, Wade Barrett reveals “I’ve never ruled out getting back in the ring one day”.

Wade Barrett has had many ring names like Stu Sanders and Bad News Barrett. He also has many accomplishments from when he wrestled.

Barrett took some time off from the wrestling industry from 2016 to 2020.

When Barrett came back to the Wrestling Industry he became a NXT Commentator in late 2020 til 2022. Just recently he made the jump to become a SmackDown Commentator alongside Micheal Cole. This was apart of the changes to all commentary teams.

Recently Barrett was a guest on “Out Of Character With Ryan Satin”. They spoke about how he his character is different to him and the change in commentary teams.

When asked when he heard about the huge change in commentary teams. Barrett stated “I probably found out maybe three or four days before I took the first trip over. It was very much a last-minute decision”. He coninues by saying ” Initially, they had Corey Graves stepping in and filling the seat, but I think Cory probably had a lot on his plate. He does a hell of a lot for WWE with all the Pay-per-views and RAW and he’s got his podcast. So I think maybe somebody needed to pick up a little slack on behalf of Cory, so that’s when they gave me the call and asked me to step in tWhere.”

Will Wade Barrett Retrun To The Ring?

When asked about returning to the ring he stated “I’ve never ruled out getting back in the ring one day. I won’t say it’s high on my list of priorities. I don’t think I could physically do the full-time grind anymore, more mentally than physically. I think my body could hold up. I’m still in very good shape. I keep myself fit. “

Barrett finished by saying “But I think that the grind of doing that job full time for who knows how long would be very difficult for me at this point because I’ve just got other avenues now and other things I enjoy doing, most obviously, the commentary side of things, which I wouldn’t want to give up”.

H/T to WrestlingNews.co for the transcription