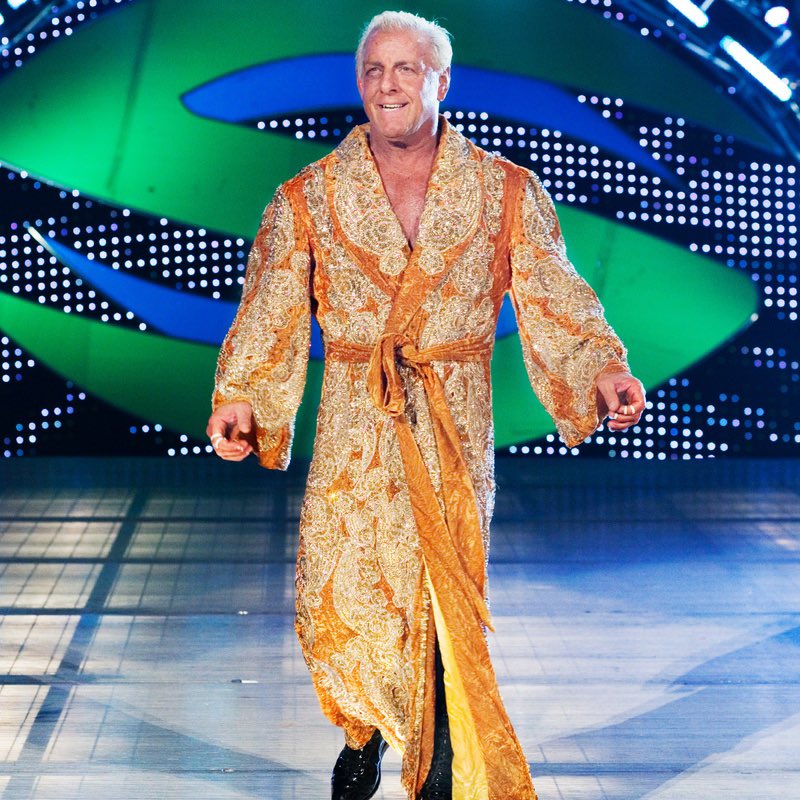 Ric Flair has been in the eye of the hurricane the last days since the issuance of Vice’s Dark Side of the Ring the infamous WWE “Plane Ride from Hell” episode.

Starting with the withdrawal of his commercial, now it seems that WWE has taken some actions on behalf of the Nature Boy and its relationship with the company. It was noticed on last night’s RAW TV intro that the Hall Of Famer has been removed from the opening video as well his iconic “Woooooo” signature.

But the biggest surprise is that WWE has removed all Ric Flair merchandising from the WWE Shop, we have to remember that WWE Shop began taking pre-orders for the limited edition Flair Legacy replica belt a few weeks ago with a worth of $999.00

This also comes with the removal of the first episode of the WWE Network series “Story Time” the episode features Flair telling his story about a trip to Hawaii back in 1986, highlighting the fact of wearing robes with nothing underneath and hostesses working for him.

Its believed that all these actions are taking place after several allegations against him came up during the episode of Dark Side Of The Ring.

Saty tuned for any other update on Ric Flair situation.