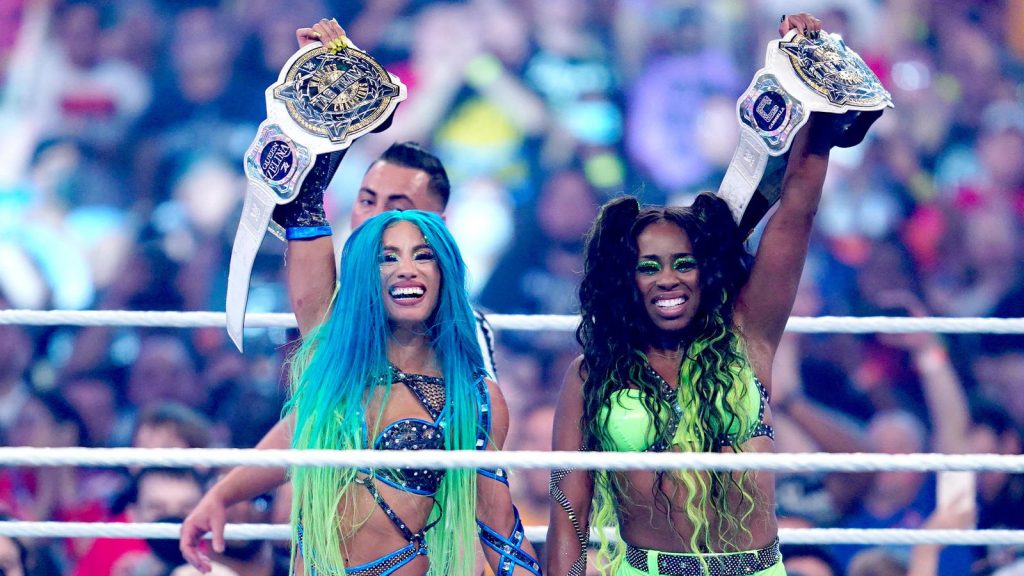 In light of Sasha Banks and Naomi’s walkout, it has been reported that the pair has been added to a survey that was sent to WWE’s mailing list.

The survey was sent to some mailing list members, asking them to rate some of the talent. They were asked to rate the stars “One of my favorites” “Very good” “Good” “Fair” “Poor” or “Unfamiliar”.

Sasha Banks and Naomi walked out of Monday Night Raw on May 15th, in Norfolk Virginia.

The reason for their leave is still unclear. WWE released a series of statemens stating “the tag team felt they were not respected as the Tag Team Champions”, and “Disagreements between the pair and the creative team”. They also included claims that “Sasha and Naomi of felt unsafe in the ring with their opponents, even though they have had individual matches with them with no consequences.”

The WWE also apologized for not being able to deliver the main event that was promised. They also stated that “all characters are expected to perform the requirements of their contract”.

Before the walkout it was known that Naomi was working on a new contract with the WWE. While it was speculated that Sasha was working on being released from the company with her lawyers.

Walkouts by talent happen often. It’s said the signify the talent’s  independence from management and that they are willing to fight for their beliefs.

Sasha Banks and Naomi’s walkout is not the first one to happen, and will certanly not be the last.