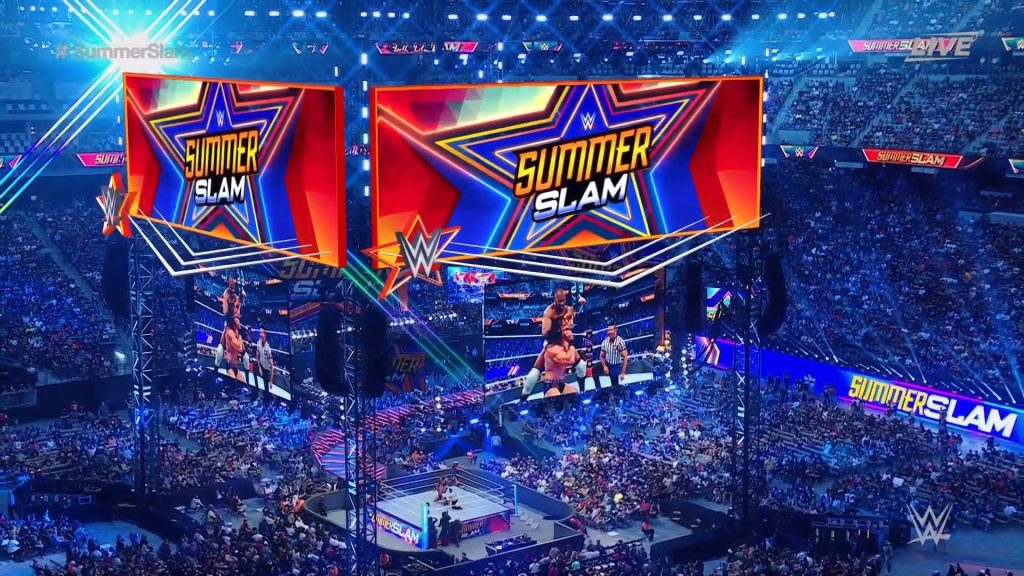 WWE have announced that this years SummerSlam, which took place from Allegiant Stadium in Las Vegas this past Saturday, was the most viewed and highest grossing SummerSlam of all time.

The event notably took place on a Saturday, which broke the usual long standing pattern of WWE Pay-Per-Views taking place on Sunday Nights. This was undoubtedly a risk from the promotion, however the company made the decision after considering the fact that a lot more people would likely travel to Las Vegas on a Saturday, compared to a Sunday night.

For the vast majority of WWE Pay-Per-Views, WWE targets the local market, however due to the fact that they decided to host the event in a stadium instead of arena this year, they knew they’d need fans to travel in from across the country, meaning they would need to appeal to more than just the local market.