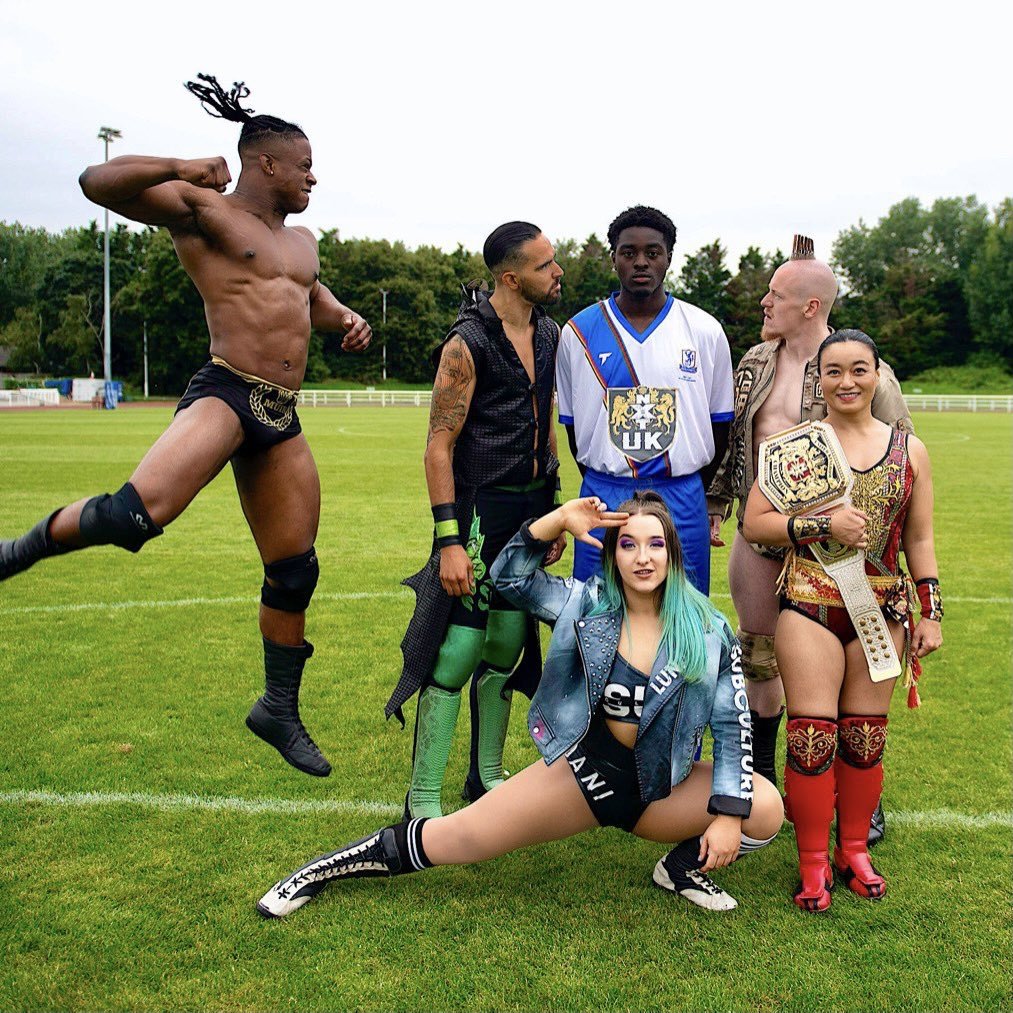 WWE Legend and COO, Triple H, had announced that NXT UK will be the official short sponsor for Enfield Town FC for the 2021/22 season. This makes WWE the first wrestling promotion to ever be a football shirt sponsor.

WWE and Enfield have released the following statement:

Football culture has crossed many borders, from fashion and music to other sports. But now it’s the crossover we’ve all been waiting for – wrestling and football! It comes with the announcement that WWE and Enfield Town Football Club have made a one-year agreement that will see a first-of-its-kind partnership spanning the 2021/22 football season in the UK.

Drop kicks, clotheslines, DDT’s: it’s all coming to a football pitch near you! OK, so sadly not quite. Rather this is a new partnership between WWE and Enfield Town FC, who will don the WWE NXT UK crest on their matchday shirts in the 21/22 season, starting with their first league home fixture against Brightlingsea Regent this Saturday, 21 August. The NXT UK crest will appear on both the First Team’s home shirts and the Women’s Reserve Team home shirts, a fitting way to mark Enfield Town Football Club’s 20th Anniversary this year. NXT UK will also be visible in branding around the Queen Elizabeth II Stadium, various digital club properties, and in community events planned to take place throughout the season.

Enfield Town Football Club’s radical reputation within the football landscape was forged when in 2001 they became the first supporter-owned football club in the country – a move then widely adopted across the UK.

“The launch of WWE’s UK Performance Center in 2019 saw the roots of NXT UK firmly grounded in Enfield and through this partnership we are thrilled to continue supporting the Enfield community,” said Michael Levin, WWE Vice President, International. “Enfield Town FC and WWE share an intrinsic value of putting fans at the heart of everything we do, a vision of supporting the next generation of talent in sport and entertainment, and a goal of putting smiles on the faces of our fans.”

Paul Reed, Chairman at Enfield Town Football Club, said: “For a fan-owned club committed to delivering a sense of community and entertainment to the local area, to have a partner with the magnitude and ethos of WWE is truly special. Our vision is one of inclusivity and equality for all and to be a social centre for Enfield, and we welcome NXT UK as part of the family in our 20th Anniversary year.”