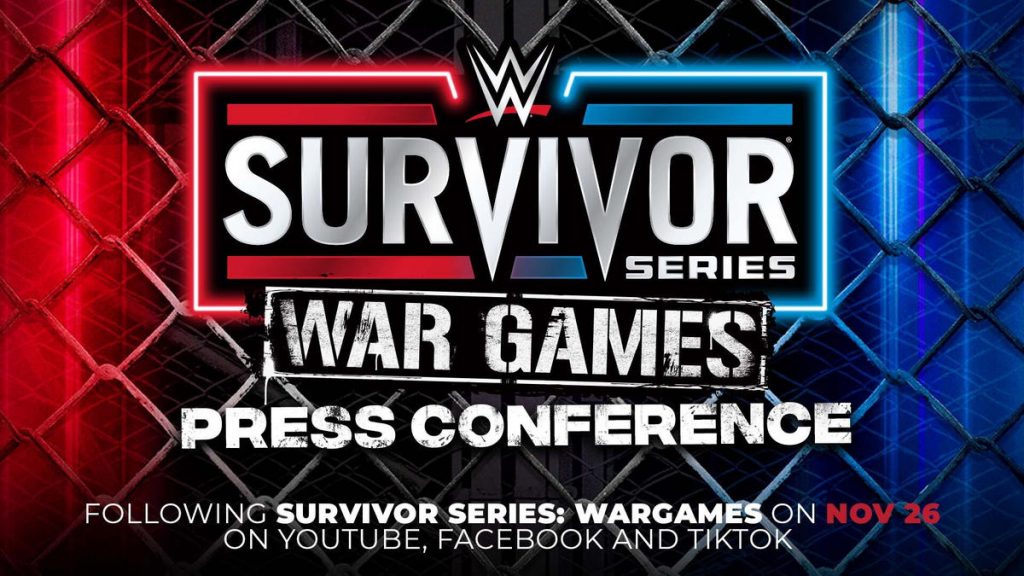 Early this morning WWE website announced a special press conference following the conclusion of the PPV.

Survivor Series: War Games is the next big PPV that will take place on November 26.

With the addition of the War Games stipulation, the excitement for this Premium Live Event has lit up.

The addition of a post-PPV conference has many suspicios and curios about the statements that could happen.

The statement released by WWE said the following

“A special Survivor Series: WarGames Press Conference will stream live on YouTube, Facebook, and TikTok following the conclusion of the Premium Live Event on Saturday, Nov. 26.

WWE Chief Content Officer Paul “Triple H” Levesque and a collection of Superstars will help break down the night in Boston. Two WarGames Matches will be featured on a WWE Premium Live Event for the first time, as The Bloodline takes on Team Brawling Brutes and Team Bianca squares off with Team Damage CTRL.

Don’t miss a second of a historic Survivor Series: WarGames when it streams live this Saturday at 8 ET/5 PT exclusive on Peacock in the U.S. and WWE Network everywhere else.” (Via WWE website)

The stipulation of a War Games match was used before at NXT as an annual Takeover PPV.

With iconic matches like The Undisputed Era vs Team Chiampa, and also the first War Games women’s match.

The curiosity about the conference became evident after what has been experienced with AEW and its press conferences after their PPVs.