WWE Announce Bayley Will Be Out Of Action For 9 Months 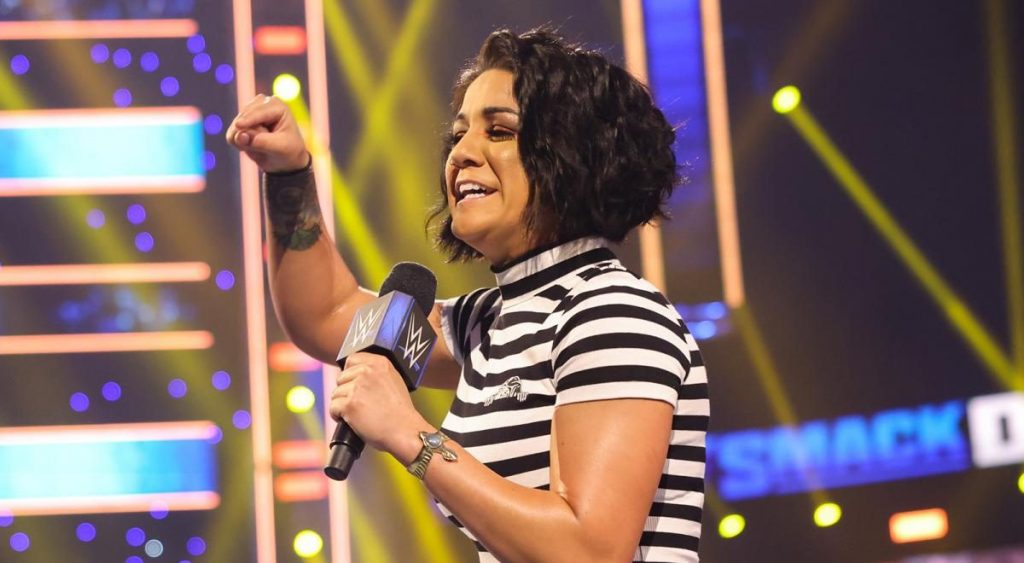 WWE have made the shocking announcement this afternoon that Bayley will be out of action for 9 months after she suffered an injury in training. Bayley was originally suppose to face Bianca Belair in a match for the SmackDown women’s championship at the upcoming Money In The Bank PPV.

WWE have announced that due to Bayley’s injury a new challenger for Bianca Belair will be announced on tonights episode of Friday Night SmackDown Live from the WWE Thunderdome.

BREAKING NEWS: @itsBayleyWWE has suffered an injury while training and will be out approximately nine months. A replacement for her match against @BiancaBelairWWE at #MITB will be announced tonight on #SmackDown.

At this moment in time WWE have yet to state what the injury is, or exactly how Bayley suffered the injury, however due to the fact that they have noted that she will be out for 9 months, it is obvious that the injury is unfortunately a serious one which will result in Bayley being out for the rest of 2021.

If Bayley does indeed miss the full nine months of action, then her return could line up perfectly with the Raw after WrestleMania, which is almost exactly nine months away.

Here at Wrestling Republic we wish Bayley all the best with her recovery, and hope that she gets well soon.