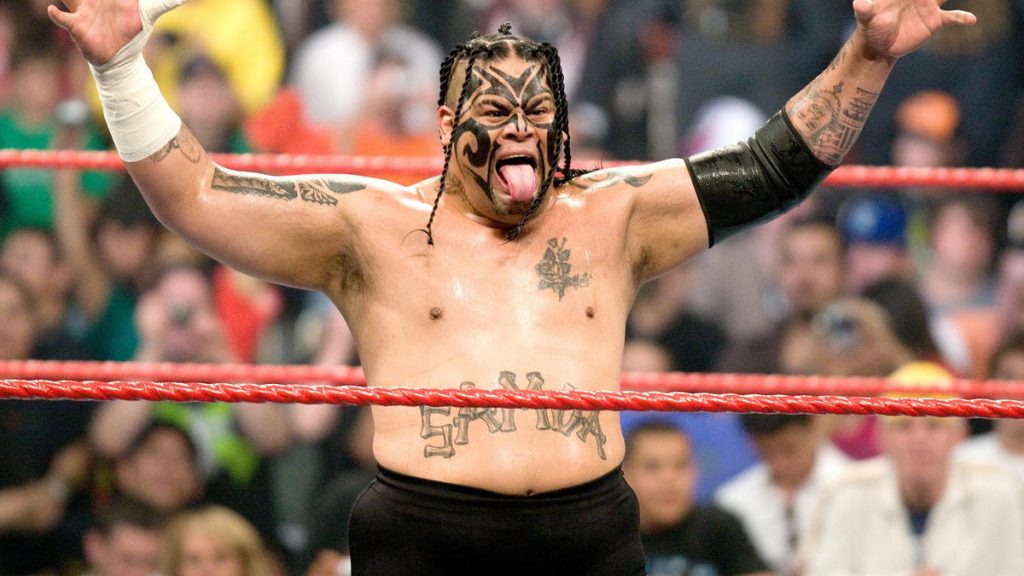 Part of the famed and extensive Anoa’i family, WWE’s Umaga is Wrestling Republic’s Wrestler of the Day for December 4th.

While he was a talented wrestler, Umaga battled his demons in the form of drugs. Tragically, these demons resulted in his untimely death on December 4th, 2009. To commemorate his passing, Umaga is today’s Wrestler of the Day.

Umaga got his start in WWE alongside his cousin Rosey as an enforcer for Eric Bischoff, attacking people who Bischoff decided weren’t sufficiently entertaining. This list included Lilian Garcia, Jimmy Snuka, and D’Lo Brown. One segment, HLA, caused such an uproar that the network airing Raw at the time immediately complained to WWE.

This gimmick didn’t last, as Umaga and Rosey were released from WWE. From there, he worked briefly in TNA and then in All Japan Pro Wrestling. He returned to WWE in 2005 when he debuted his Umaga gimmick.

During his return, Umaga had an undefeated streak that earned him a match against WWE Champion John Cena, which he lost. One of his more notable moments was representing Mr. McMahon in the Battle of the Billionaires in a hair versus hair match. Unfortunately for Mr. McMahon, Umaga lost, resulting in Vince getting his head shaved.

At the end of his WWE run, Umaga won the IC a couple of times and assisted Vince in winning the ECW title. He wrestled on the independent scene before passing away in 2009. His legacy lives on in the form of his family, the Bloodline, in WWE.