Wrestling Republic’s Wrestler of the Day: The Usos 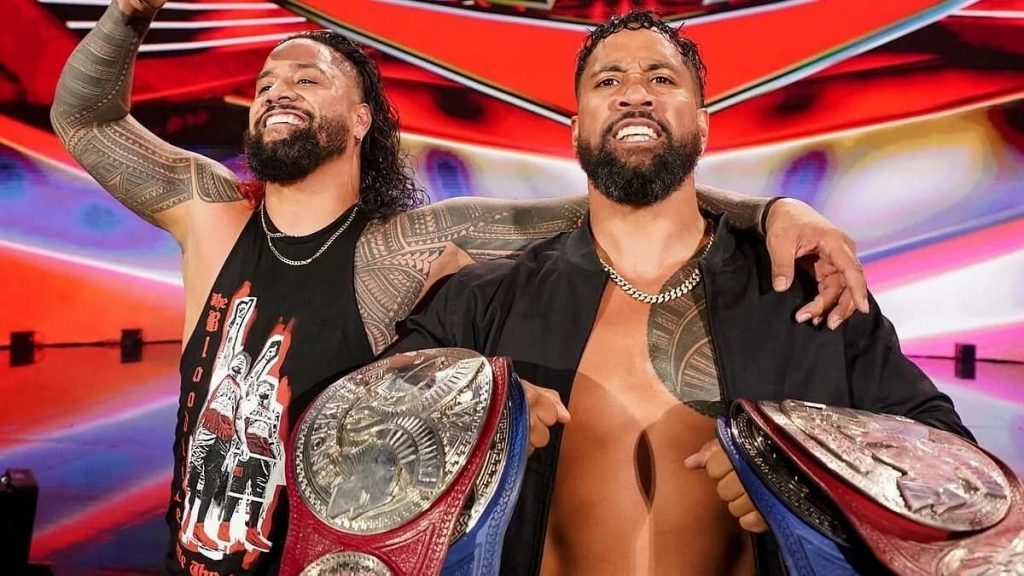 Last night on Smackdown, the Usos defended the tag team titles against the New Day. Thus, they would break the New Day’s record for the longest reign as tag team champions. Therefore, the Usos are Wrestling Republic’s Tag Team of the Day for November 12th.

After playing football at the University of West Alabama, Jimmy and Hey Uso followed in their father’s footsteps and joined WWE. The duo performed in Florida Championship Wrestling (WWE’s former developmental territory) before making their main roster debut in 2010. They had a number of feuds and unsuccessfully challenged for the tag titles a number of times.

Finally, on March 3rd, 2014 the Usos became tag team champions for the first time after defeating the New Age Outlaws on Raw. This was the first of many titles the brothers would win in WWE. After Jimmy suffered a knee injury in 2020, Jey was forced to go as a singles wrestler. Jey Uso had a feud with their cousin, Roman Reigns, which ended when he agreed to join Reigns as a part of the Bloodline. Jimmy eventually joined the Bloodline too upon his return from injury.