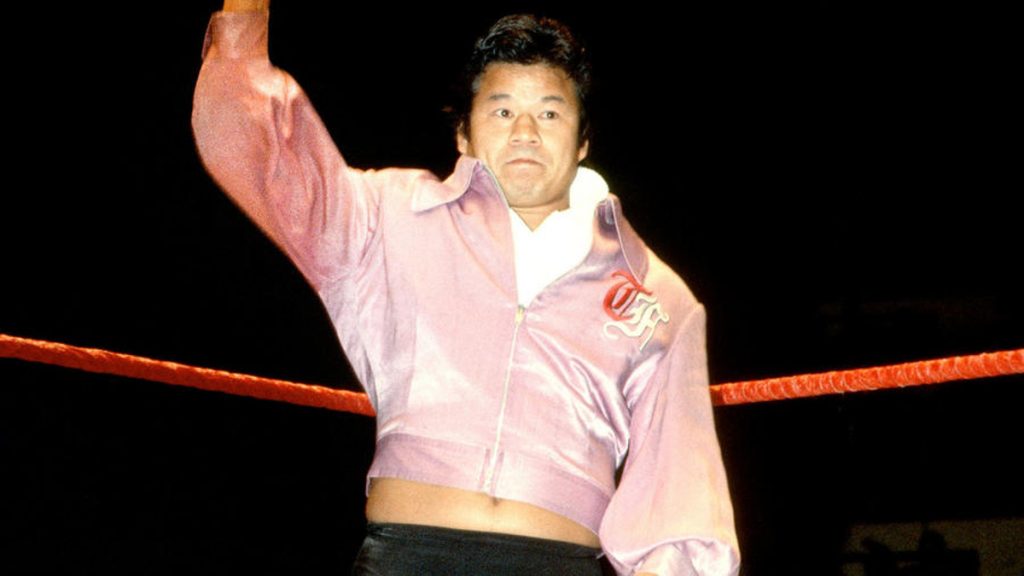 Tatsumi Fujinama, a nine-time world champion, is the Wrestling Republic Wrestler of the Day for December 28th.

Fujinama joined the Japanese Wrestling Association in the 1970s to train under wrestling legend, Antonio Inoki. He didn’t last long, as Inoki was fired by JWA and left to form New Japan Pro Wrestling (NJPW). Fujinama left JWA to join his mentor in New Japan.

While with NJPW, Fujinama not only became a huge star in Japan but abroad as well. He won heavyweight titles in the US with the WWE and NWA and in Mexico with Universal Wrestling Association. In his career, he faced people like Vader and Ric Flair. As a matter of fact, Flair gave the introductory speech when Fijinama was inducted into the WWE Hall of Fame in 2018. During his decades-long career, he finished with six IWGP Championship reigns, second only to Hiroshi Tanahashi. Since retiring, he has been on a WWE Legends deal with WWE and has continued to make appearances with NJPW.