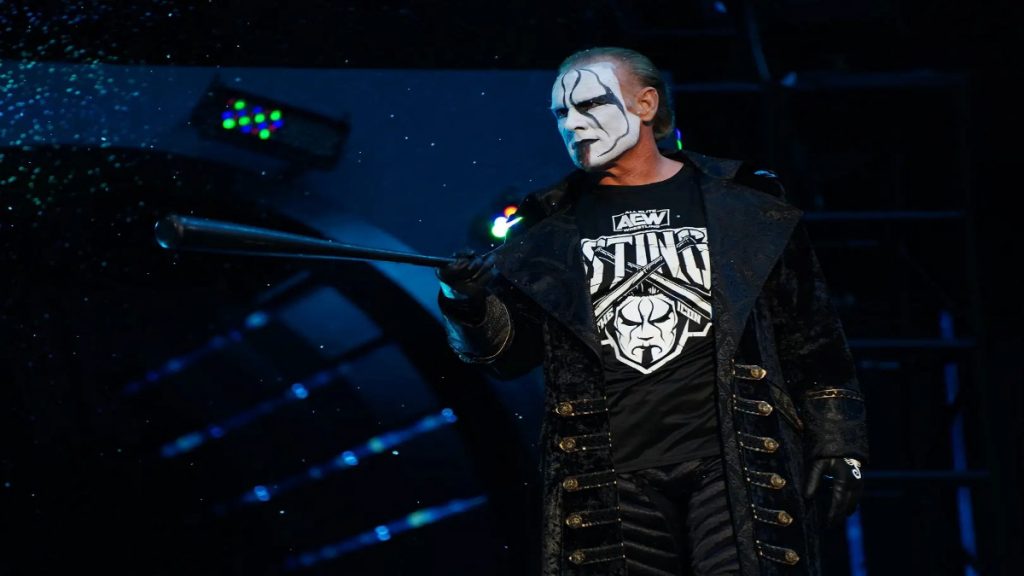 He is the legend, he is the icon. Wrestling Republic’s Wrestler of the Day on November 23rd is AEW’s Sting.

After decades in the business, Sting finally made his first appearance with WWE on November 23rd, 2014. In honor of the anniversary of this appearance, Sting is the Wrestler of the Day.

Sting started out in the good old days, facing off with people like Barry Windham, Ric Flair, and the rest of the Four Horsemen.  While in the NWA, Stinger defeated Flair for the NWA World Title and continued to win titles when WCW broke off from the rest of the NWA. Even as WCW struggled, he remained loyal to them.

After WWE bought WCW, they negotiated with Sting to join the company. However, they did not come to an agreement and he joined TNA instead. He was one of the biggest stars in TNA from 2003 to 2014, winning multiple championships during that time.

At Survivor Series 2014, Sting finally made his first appearance in WWE. His time in WWE was highlighted by a match with Triple H at Wrestlemania 31, which he lost. Sting briefly retired in 2016 and was promptly inducted into the WWE Hall of Fame.

Sting couldn’t stay away from the business, signing with AEW in 2020. He has partnered with Darby Allin and has continued to wrestle, even as he enters his 60s. He and Allin defeated Jeff Jarrett and Jay Lethal at Full Gear.