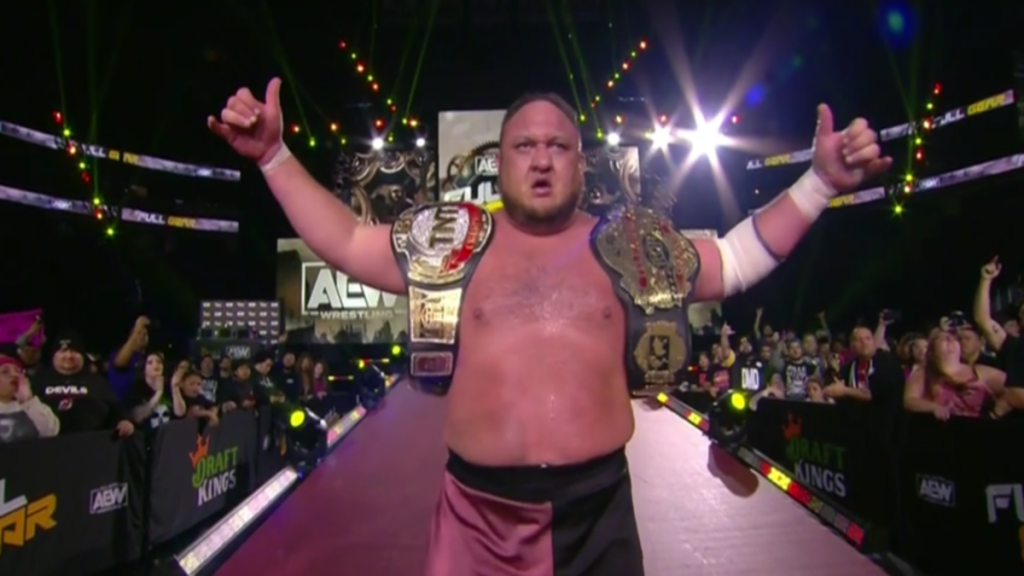 The reigning TNT Champion and ROH Television Champion, AEW’s Samoa Joe is the Wrestling Republic Wrestler of the Day on December 2nd.

On December 2nd, 2007, Samoa Joe was scheduled to partner with Scott Hall at TNA’s Turning Point. Hall no-showed the event, leading Joe to drop his infamous shoot promo on Hall, causing quite a stir at the time. In honor of this and his recent TNT Title win, Samoa Joe is today’s Wrestler of the Day.

Samoa Joe first gained prominence for his work in Ring of Honor (ROH), where he faced several future stars including CM Punk, Bryan Danielson, and Seth Rollins. Joe’s run in ROH was a successful one as he won the ROH World Championship and ROH Pure Championship. He competed regularly with ROH from 2002 till 2007.

Samoa Joe also competed in TNA, NOAH, PWG, and again in ROH. in each promotion, he was a regular in the title picture, winning multiple championships. As previously mentioned, Samoa Joe cut a shoot promo on Scott Hall after the latter no-showed a match with Joe. Later, he returned to ROH briefly before joining WWE in 2015.

Despite never winning a heavyweight title in WWE, his run in the company was still a success. He won four titles with WWE and had a run at the announcer’s table on Monday Night Raw. Samoa Joe left WWE in 2022 and has since become a double-belt champion with AEW.