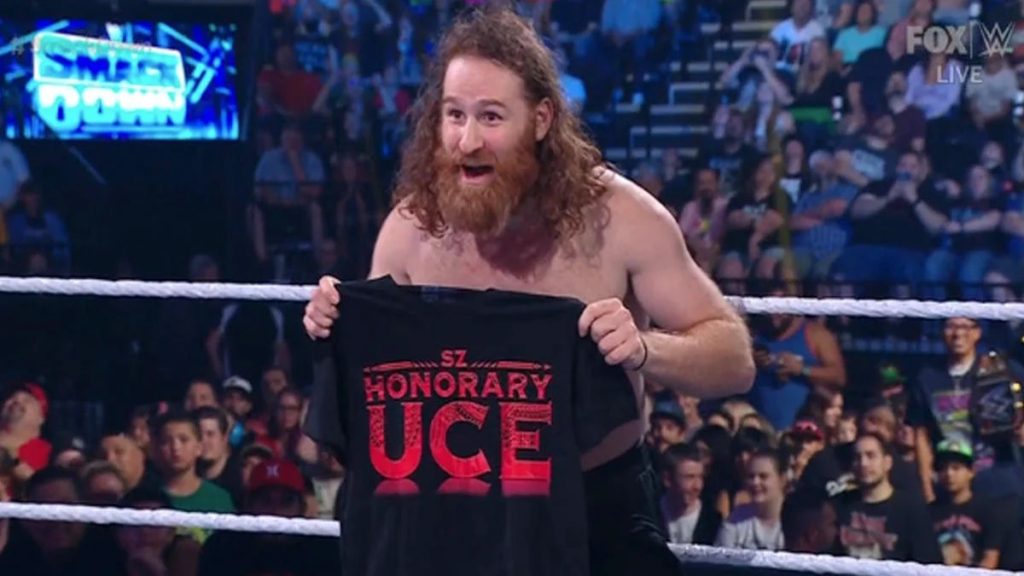 On what is supposed to be a big night for him, The Bloodline’s Sami Zayn is the Wrestling Republic Wrestler of the Day for December 16th.

On December 16th, 2012 El Generico (Sami Zayn in the WWE) wrestled his final match with Ring of Honor (ROH). In the match, Kevin Steen (Kevin Owens) defeated Zayn in a failed effort to win the ROH Championship. In honor of this and Zayn’s soon-to-be big night, he is today’s Wrestler of the Day.

Making his debut on the indie scene in Canada, Sami Zayn came to prominence for his work as El Generico while working for Pro Wrestling Guerilla (PWG), Chikara, and Ring of Honor. While it may surprise some fans in WWE, Zayn actually wrestled with a luchador-style mask when he was El Generico. Across each of these promotions, he frequently involved himself with his fellow Canadian and future WWE coworker, Kevin Owens.

In January of 2013, he signed with WWE, where he adopted the name Sami Zayn. Zayn started off in NXT, holding the NXT Championship for over two months until he lost it to long-time rival/friend Kevin Owens. Upon joining the main roster, Zayn became a staple of the main roster, winning the Intercontinental Championship three times and entertaining fans with his goofy persona and conspiracy theories. Currently, Sami Zayn is aligned with The Bloodline and played a critical role in their WarGames win. Stay tuned to see what Jey Uso could mean when he said that tonight is a big night for the Honorary Uce.