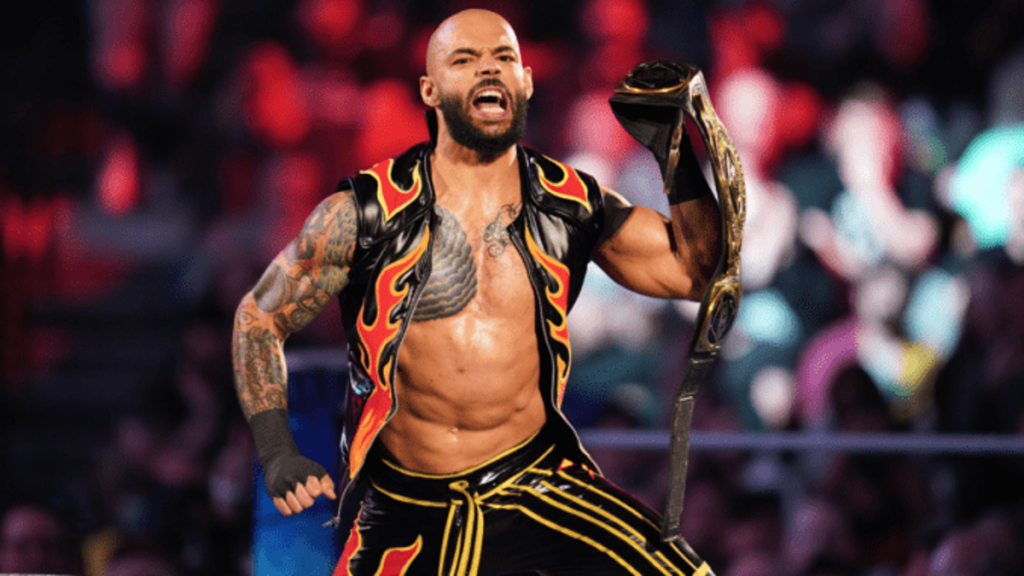 After winning the SmackDown World Cup by defeating Santos Escobar, WWE’s Ricochet is Wrestling Republic’s Wrestler of the Day for December 3rd, 2022.

Ricochet won the SmackDown World Cup last night, defeating Santos Escobar of Legado Del Fantasma in a thrilling match. As a result, he earned a championship match against the Intercontinental Champion, Gunther. For this reason, Ricochet is today’s Wrestler of the Day.

Ricochet got his start in professional wrestling on the independent scene. He competed in Chikara, where he faced future stars such as Claudio Castagnoli, Chuck Taylor, and Evil Uno. He also competed in PWG, Dragon Gate USA, and Evolve.

Prior to joining WWE, Ricochet competed in NJPW, where he became a multi-time tag team champion. While there, he shared the ring with Kenny Omega, the Young Bucks, and Roppongi Vice. After losing the IWGP Junior Heavyweight Tag Titles, Ricochet announced he was leaving NJPW.

Ricochet made his WWE debut in the developmental territory of NXT. Upon his entry into NXT, he feuded with Adam Cole, whom he defeated to become the NXT North American Champion at NXT Takeover Brooklyn IV. He ended his time in NXT after unsuccessfully challenging for the NXT Tag Titles. After that, Ricochet joined the main roster.

Since joining the main roster, Ricochet has been a mainstay of the mid-card. Having won both the United States and Intercontinental Championships. We’ll see if he can dethrone Gunther to win the IC for the 2nd time.