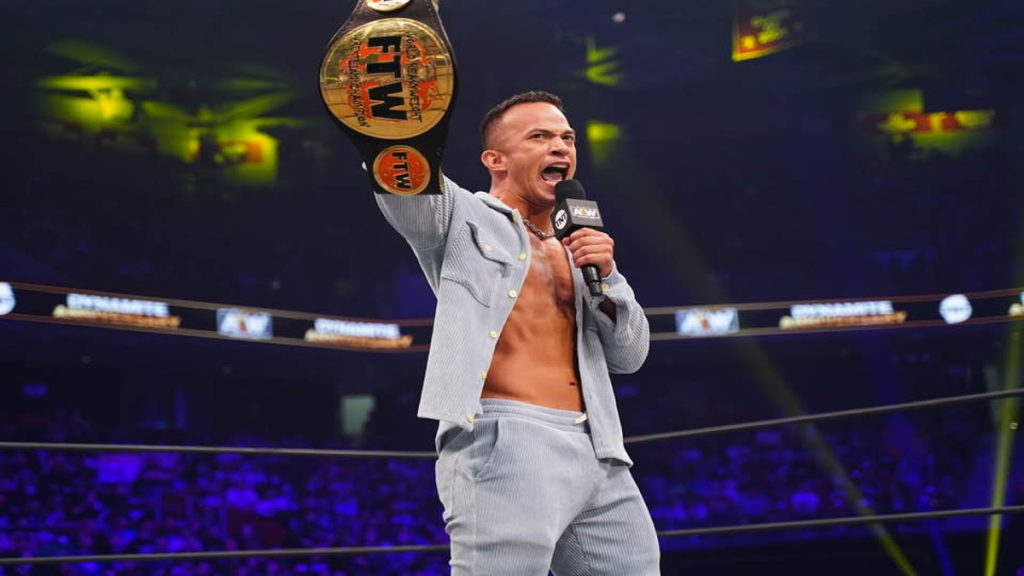 On last night’s Dynamite, Ricky Starks won the Diamond Battle Royal to earn a shot at MJF’s BBB (Big Burbury Belt) and his Dynamite Diamond Ring. After the match, Starks went toe to toe with MJF on the mic, one of the best talkers in the business. In honor of his performance last night, Starks is today’s Wrestler of the Day.

Early in his career, Ricky Starks was an enhancement talent for WWE and other promotions, meaning he got paid to be put through tables by bigger stars. He moved on to the National Wrestling Alliance (NWA) in 2018. Defeating Trevor Murdoch to become the inaugural NWA Television Champion.

Starks then joined AEW in 2020, making his debut on an episode of Dynamite to answer Cody Rhodes’ open challenge. He gained prominence as a part of Team Taz along with the likes of Powerhouse Hobbs, Brian Cage, and Hook. Starks held the group’s FTW Championship for 378 days until losing the belt to Hook. After losing the FTW title, Starks was betrayed by Powerhouse Hobbs, turning Starks into a babyface.

Recently, Ricky Starks won the AEW World Championship Eliminator Tournament to earn a title opportunity at Winter is Coming. He raised the stakes of the match by also earning a chance to win the Dynamite Diamond Ring, of which MJF is the three-time defending champion. We’ll see if our Wrestler of the Day can bring down MJF.