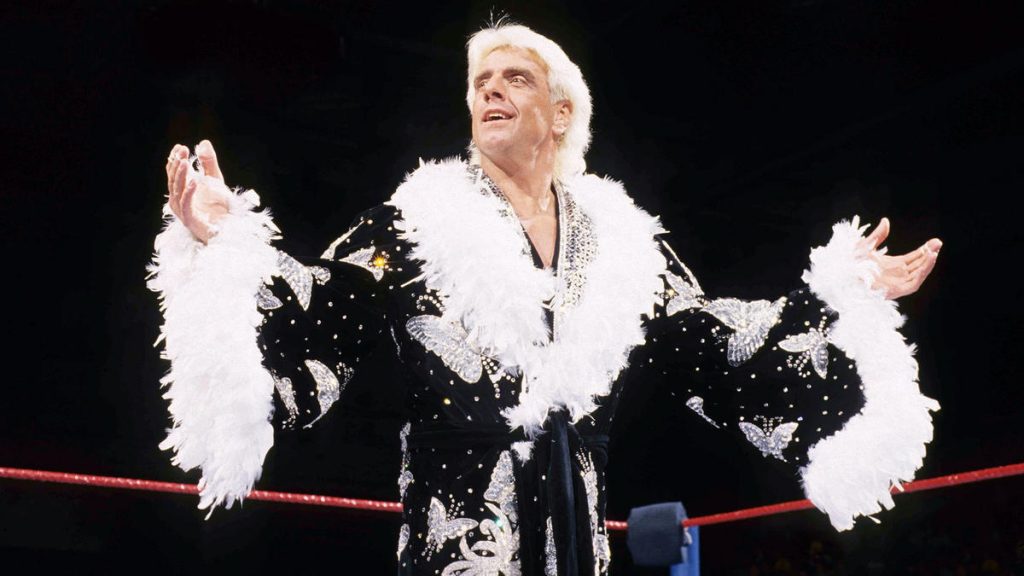 Just a month after Charlotte was honored, Ric Flair joins his daughter as Wrestling Republic’s Wrestler of the Day on December 10th.

On this date in 1972, Ric Flair made his pro wrestling debut in Rice Lake, Wisconsin. This was the beginning of a decades-long career that saw him win more world championships than any other wrestler. In honor of the anniversary of his debut, Flair is today’s Wrestler of the Day.

Flair got his start with Vergne Gagne’s American Wrestling Association (AWA), where he was personally trained by Gagne. He joined Jim Crockett Promotions in the NWA in 1974, becoming a ten-time NWA World Champion. Famously, Flair survived a plane crash that took the life of the pilot and injured everyone on board, Flair included.

During his time in the NWA, he had rivalries with legends such as Dusty Rhodes and Ricky Steamboat. In addition, Flair was a founding member of one of the most famous factions in wrestling history, The Four Horseman. The group had many different members in its history but originally was Flair, Arn Anderson, Tully Blanchard, and Ole Anderson.

Ric Flair’s career has spanned decades, which includes time in WCW, NJPW, and WWE. Flair joined WWE to great fanfare, winning the WWE Championship at the 1992 Royal Rumble. He also spent some time in TNA and finally retired from in-ring competition earlier this year, defeating Jay Lethal and Jeff Jarrett with the help of his son-in-law, Andrade.