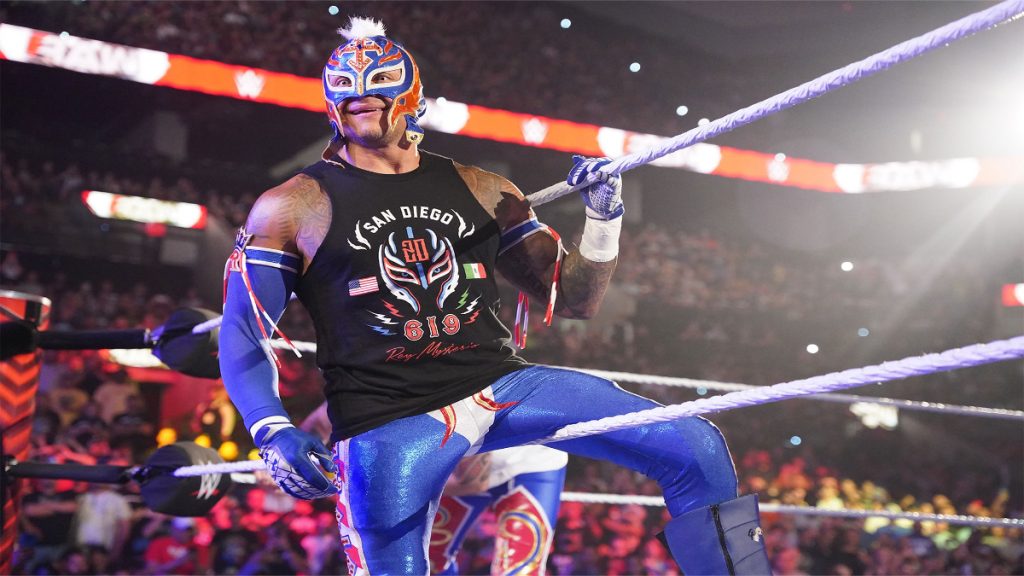 A legendary luchador, WWE’s Rey Mysterio is the Wrestling Republic Wrestler of the Day for December 11th.

Recently celebrating 20 years with WWE, Rey Mysterio has long been one of the top cruiserweights in WWE. Because today is his 48th birthday, Mysterio is today’s Wrestler of the Day.

Wrestling runs in Mysterio’s blood, as his uncle is Mexican wrestler Rey Misterio, Sr. In fact, our wrestler had to earn the right to wrestle under the name his uncle made famous south of the border. After earning his stripes in Mexican promotions, Mysterio wrestled for ECW and then joined WCW in 1996.

Upon joining WCW, Rey Mysterio was a mainstay of the cruiserweight division, winning the cruiserweight title more than any other wrestler. Controversially, Mysterio was unmasked after losing a tag match to the nWo, a huge dishonor for masked wrestlers. Despite this, he remained with WCW until they closed in 2001.

Rey Mysterio signed with WWE in 2002, where he was reunited with his good friend, Eddie Guerrero. Notably, the two had an angle in which the paternity of Rey’s son (and future tag team partner) was in question. He left WWE briefly in 2015, working with NJPW and returning to Mexico. Mysterio was on the card for All In, the independent pay-per-view that led to the founding of AEW.

Rey Mysterio returned to WWE in 2018, where he has been ever since. In his return, Mysterio made history with his son Domenik by becoming the first father-son team to win a tag team title. He is currently wrestling on SmackDown in order to avoid having to face Domenik on Raw.