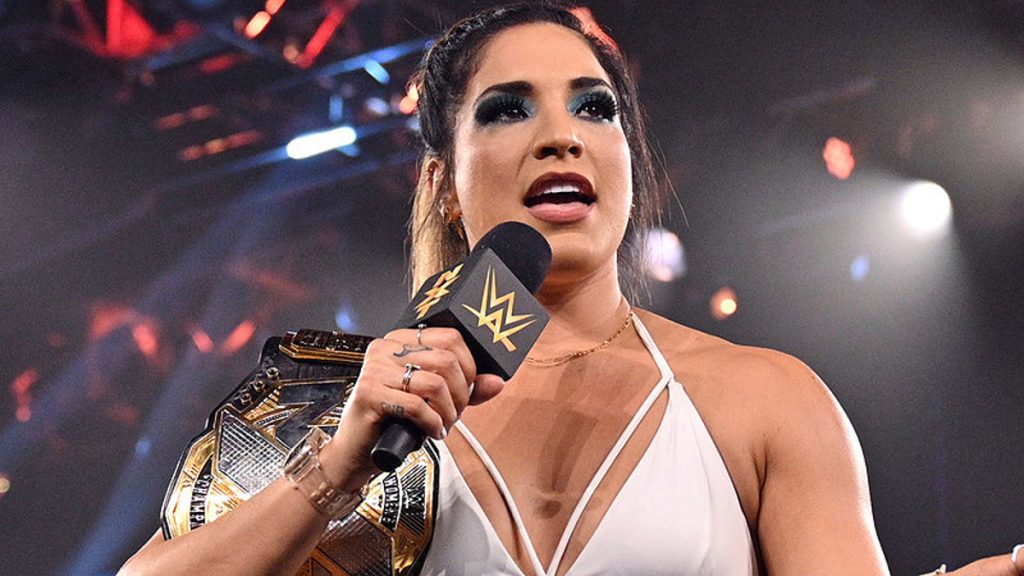 Already a multi-time champion, WWE’s Raquel Rodriguez is the Wrestling Republic Wrestler of the Day for December 24th.

On last night’s episode of SmackDown, Raquel Rodriguez won a gauntlet match to earn a title shot against Ronda Rousey. Because of this, Rodriguez is today’s Wrestler of the Day.

Like many wrestlers, Rodriguez has wrestling in her blood as her father was also a wrestler. After a collegiate basketball career, she signed with WWE in 2016. Like many superstars, she was used primarily as an enhancement talent.

Under the name Raquel Gonzalez, she became a dominant fixture in the women’s division of NXT. She and Dakota Kai formed a dominant tag team that won the titles twice. The end of Rodriguez’s NXT tenure saw her win the NXT Women’s Championship that saw Kai turn on her. Prior to that point, Rodriguez had been a heel. After losing the title to Mandy Rose, Rodriguez and Kai reconciled to briefly win the tag titles from Toxic Attraction.