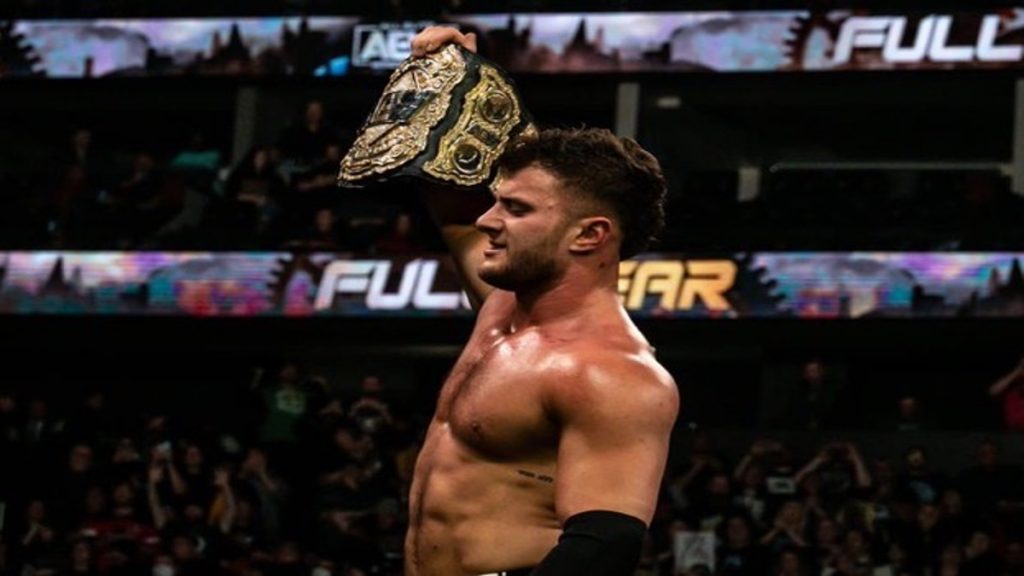 This weekend, MJF defeated multi-time world champion Jon Moxley in the main event of All Out to become the AEW World Champion. In honor of his first world title, MJF is the Wrestler of the Day.

Born in Plainview, New York, MJF is a long-time fan of professional wrestling. After training with Brian Myers and Pat Buck in New York, MJF made his debut on the indie scene. Notably, he competed for Major League Wrestling (MLW) and Combat Zone Wrestling (CZW) and won titles in both promotions.

In 2019, MJF signed with AEW, where he truly became a star. At Full Gear in 2019, MJF accompanied Cody Rhodes to the ring for the American Nightmare’s championship match with Chris Jericho. Famously, MJF threw in the towel on Rhodes’ behalf and then turned heel by attacking Cody after the match.

Over the next year, MJF had several notable feuds including ones with Chris Jericho and CM Punk. Eventually, MJF lost a feud with Wardlow, his former bodyguard. Later, MJF cut a pipe bomb-type promo, calling out Tony Khan and the fans. After the promo, MJF stepped away from AEW for several months.

Upon his return, MJF won the Men’s Casino Ladder match at All Out, securing a world championship opportunity. With the help of William Regal, MJF used brass knuckles to secure the win over Moxley. Becoming the youngest world champion in the history of AEW.