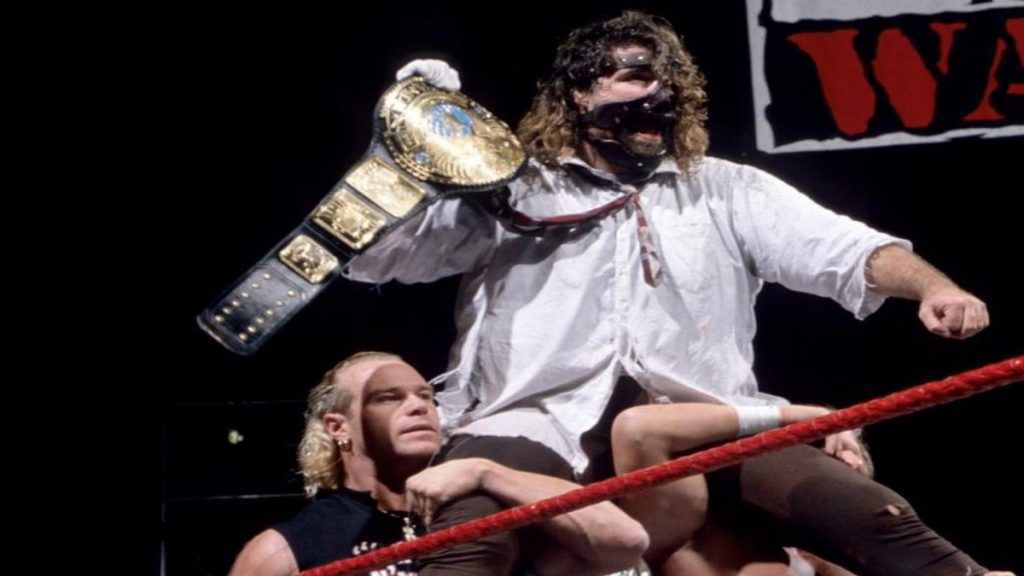 Mick Foley. Mankind. Dude Love. A few of the names the Wrestling Republic Wrestler of the Day for December 29th has wrestled under.

On December 29th, 1998, Mankind defeated the Rock to win the WWE Championship. This Raw is notable because it was taped six days ahead of time. As a result, WCW’s Tony Schiavone mentioned on Nitro that Mankind would be winning the championship. Causing viewers to switch from Nitro to Raw to watch the title match. In honor of this title change, Mick Foley is today’s Wrestler of the Day.

Foley appeared on the indies before signing with WCW in the 1990s. This run was short-lived, as Foley hit it big while wrestling for WWE. He had many memorable moments, particularly his extreme matches against The Undertaker. Also, Foley famously made three appearances in the same Royal Rumble. Doing so under each of his different personas. In addition to being a multi-time champion in WWE, Mick Foley also served as an on-screen authority figure and later joined the commentary table.

The latter part of his career saw Foley have a run in TNA and sporadic appearances for WWE. After winning several championships with TNA, Foley was the Raw general manager. Now a hall of famer, Foley is remembered for his extreme matches and for introducing the 24/7 Championship. In fact, Foley helped to transform the image of Randy Orton into a more fearsome competitor as a result of their match.