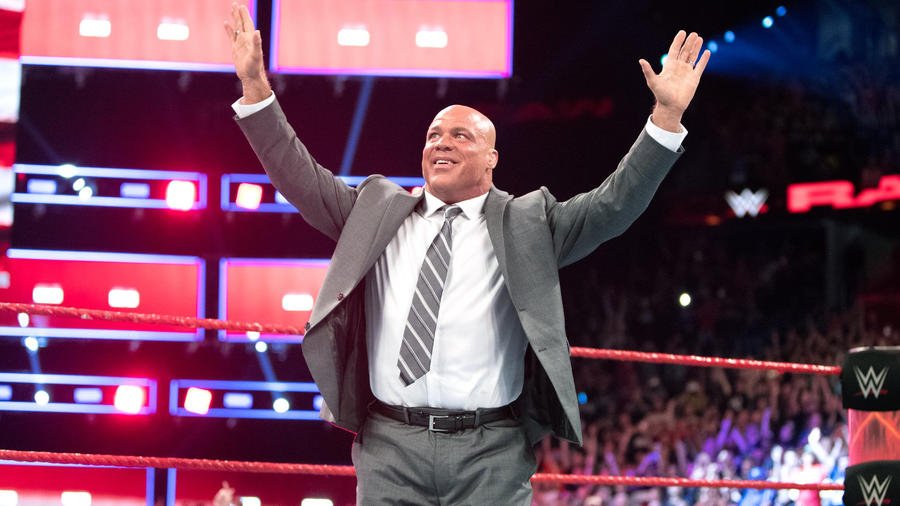 Former Olympic gold medalist and WWE Hall of Famer Kurt Angle is the Wrestling Republic Wrestler of the Day for December 9th.

On tonight’s episode of Friday Night Smackdown, WWE is celebrating Kurt Angle on his birthday. In a similar spirit, he is today’s Wrestler of the Day.

Kurt Angle’s origins are well known, as he was a successful amateur wrestler before his career in WWE. In fact, Angle won a gold medal at the 1996 Summer Olympics in Atlanta. Amazingly, he did it with a broken neck and several other injuries.

While originally reluctant to participate in professional wrestling, Angle’s opinion changed and he signed with WWE in 1998. Angle had memorable wrestling and non-wrestling moments, competing with the likes of the Rock, Stone Cold Steve Austin, and many others. Angle made history by becoming the first person in history to win an Olympic medal and the WWE Championship when he defeated the Rock at No Mercy.

Kurt Angle also competed with TNA and New Japan Pro Wrestling (NJPW) before retiring in 2019, losing to Baron Corbin at Wrestlemania 35 in his final match. Post-wrestling, he has appeared in non-wrestling roles and currently hosts his own podcast.