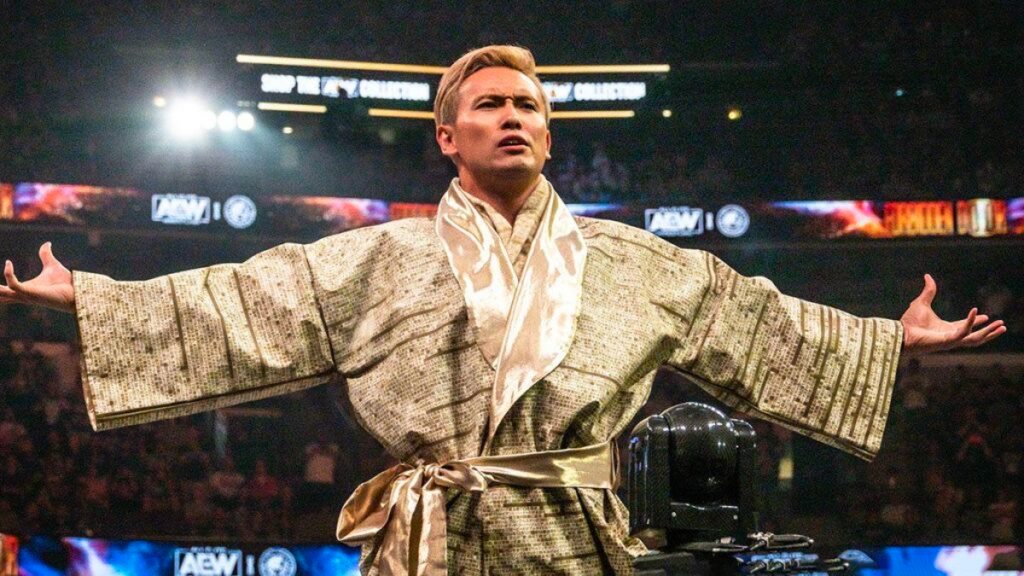 Nicknamed “Rainmaker,” Kazuchika Okada is one of the most popular and highly regarded wrestlers in the world today. After years of dominating New Japan Pro Wrestling (NJPW), Okada made his AEW debut at the Forbidden Door pay-per-view.

Kazuchika Okada is the Wrestler of the day in honor of today being his 35th birthday. In addition, Okada was chosen because he is one of the most lauded wrestlers in the world.

Okada made his professional debut in the summer of 2004 and wrestled for several smaller promotions including Toryumon Mexico, UWA Hardcore, and Chikara. After a few years, the Rainmaker signed with NJPW where he had matches with more established stars such as Shinsuke Nakamura and Hirooki Goto.

In 2010, he was sent to TNA in an effort to develop more as a wrestler, as NJPW had a partnership with TNA at the time. How he was booked in TNA eventually led to the end of the New Japan-TNA partnership. However, Kazuchika Okada did credit TNA with developing his wrestling persona.

Okada really hit his stride upon returning to NJPW in 2010. Since returning to Japan, he has been in the main event of New Japan’s January 4th Tokyo Dome show seven times. Okada has received praise from the media for his in-ring work. He became the first Japanese wrestler to finish in the top spot on PWI’s Top 500. One final note on Okada: his 2018 match against Kenny Omega at Dominion 6.9 received seven stars. The highest rating ever given by Dave Meltzer.