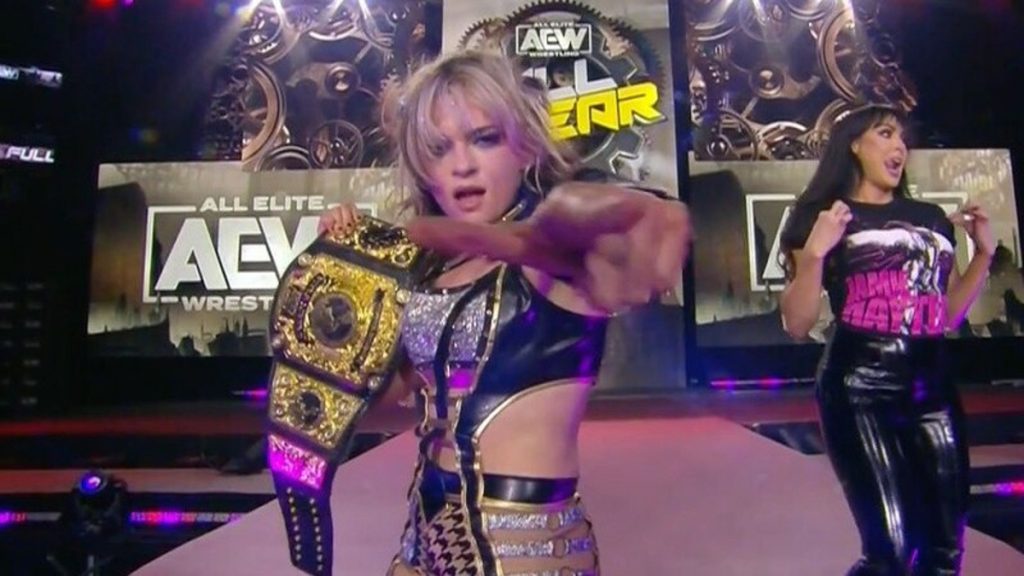 Born in England, Hayter got her star on the independent scene there, wrestling for a number of smaller promotions. She wrestled for RevPro in the UK starting in 2015, where she would win the championship several times. Hayter vacated the title after she accepted a tryout with NXT UK.

Her WWE run was short-lived, however, losing in squash matches to the likes of Piper Nevin. Lucky for Hayter, AEW had just come into existence, meaning WWE was no longer the only major show in town. Jamie Hayter wrestled on AEW Dark before signing a contract with them in 2021.

It is her alliance with Britt Baker that brought Hayter to stardom in AEW. Jamie Hayter pursued several titles since joining AEW. Losing to Thunder Rosa in the TBS Championship Tournament and losing to Rosa again in a challenge for the AEW Women’s Championship.

Persistence was key, however, as Hayter’s luck shifted when she participated in a fatal four-way at Full Gear on November 19th. She defeated interim champion Toni Storm and became the official champion when Thunder Rosa relinquished the belt.