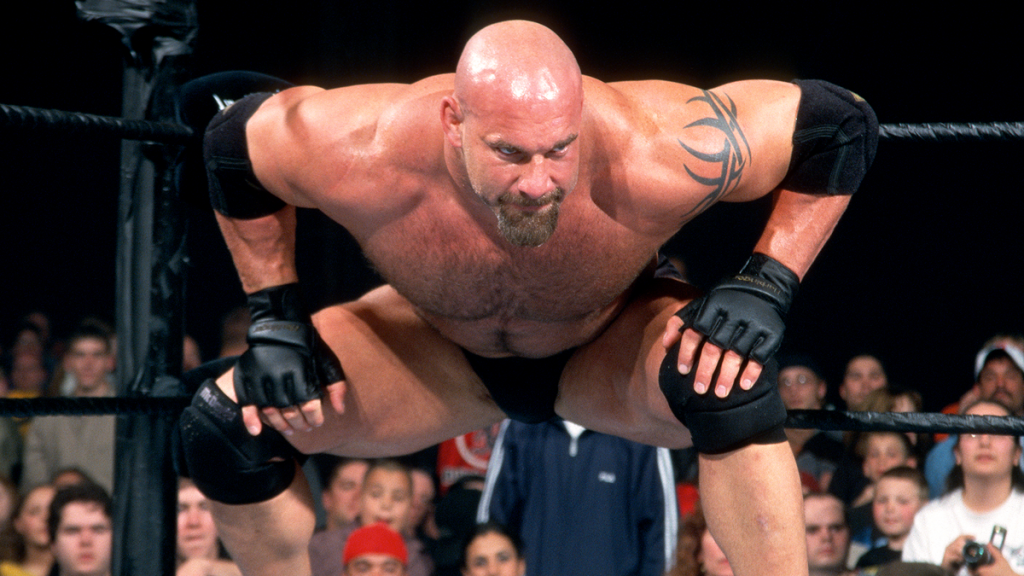 Owner of the most dominant winning steak in wrestling history, the WWE’s Goldberg is the Wrestling Republic Wrestler of the Day for December 27th.

On this day in 1998, Goldberg’s legendary undefeated streak ended at 173 straight wins after Kevin Nash defeated him for the WCW World Championship. In addition, today is also his 56th birthday. For these reasons, Goldberg is today’s Wrestler of the Day.

After growing up in Oklahoma, Goldberg attended the University of Georgia on a football scholarship. He then went on to the NFL where he bounced around with several teams, mostly with the Atlanta Falcons. After an injury ended his football career, Goldberg took up wrestling.

He made his wrestling debut with WCW in 1997, defeating Hugh Morrus in the first victory of his legendary streak. Goldberg spent the next few years spearing and jackhammering his way through the WCW roster, winning several titles and defeating the likes of Perry Saturn, Scott Hall, and Hollywood Hulk Hogan. Throughout his streak, Goldberg often responded by asking “who’s next?”

After the end of WCW, Goldberg joined WWE in 2003. In the years since, he has become a multi-time champion and has headlined several pay-per-views, including Crown Jewel. After his Hall of Fame induction in 2018, he has had several one-off matches for heavyweight titles. The most recent being against Roman Reigns for the Universal Title at Elimination Chamber, which he lost. It remains to be seen when he next has a match.