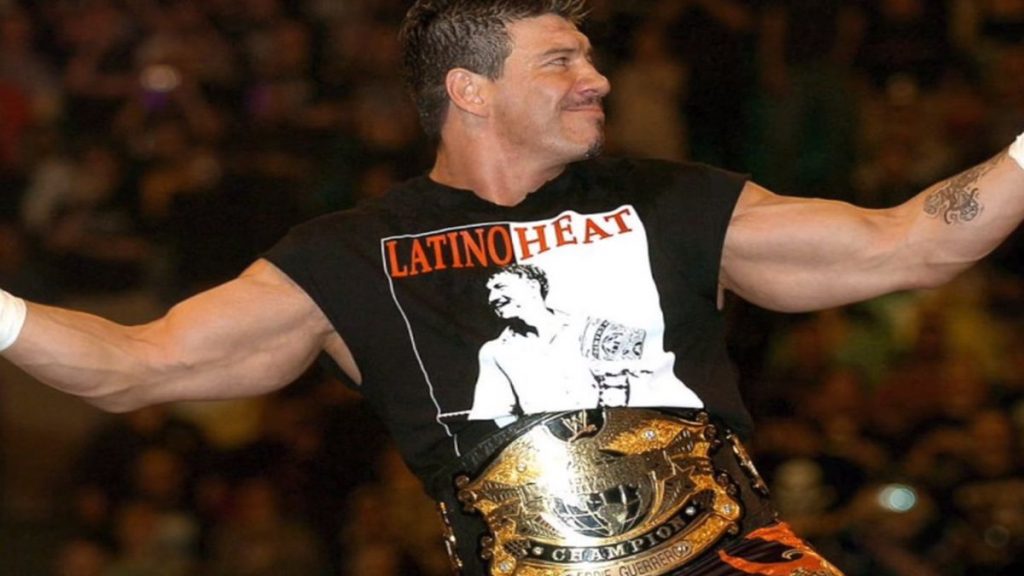 A multi-time champion and Hall of Famer, Eddie Guerrero is Wrestling Republic’s Wrestler of the Day for November 11th. He wrestled the last match of his life on this date in 2005.

Eddie Guerrero was one of the most popular wrestlers of the early 2000s. Unfortunately, his life was cut short, passing away on November 13th, 2005. Just days after defeating Mr. Kennedy on November 11th to earn a spot on Team Smackdown at Survivor Series. In honor of his last match, Eddie Guerrero is today’s Wrestler of the Day.

Guerrero made his professional debut in Mexico in the year 1986. He spent almost ten years working in promotions in Mexico and Japan before signing with Paul Heyman’s ECW in 1995. After his brief run in ECW, Eddie Guerrero left for the greener pastures of WCW. He feuded with several noted wrestlers including Ric Flair, DDP, and even his nephew Chavo. The end of his time in WCW saw him form a couple of factions, the Latino World Order (a spin on the New World Order) and the Filthy Animals.

Then, in 2000, Guerrero joined the WWF (later WWE) where he would go on to have tremendous success. He had several popular feuds and even upset Brock Lesnar to win the WWE Championship. In addition, Eddie Guerrero is also famous for tossing a chair at his opponent and then acting like his opponent had hit Guerrero with the chair in order to fool the referee.

Just two days after his last match on Smackdown, Eddie Guerrero was found dead in his hotel room in Minneapolis. Sadly, he was just 38 years old when he passed, leaving behind his wife Vickie and three daughters.