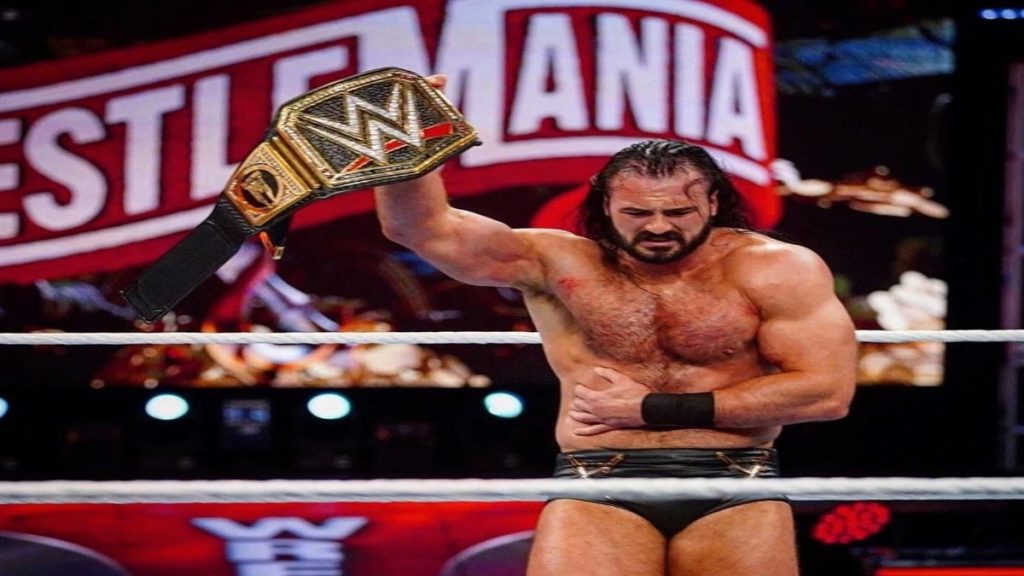 The Scottish Warrior, Drew McIntyre, is Wrestling Republic’s Wrestler of the Day for November 16th.

On this day in 2020, Drew McIntyre defeated Randy Orton on Monday Night Raw to regain the WWE Championship. This came on the heels of McIntyre losing the title at Hell in a Cell. In honor of regaining the WWE title on this day, McIntyre is the Wrestler of the Day.

A lifelong wrestling fan, Drew McIntyre made his professional debut across the indie scene in the UK. He wrestled for companies such as Irish Whip Wrestling, the Scottish Wrestling Alliance, and Insane Championship Wrestling. It was at these shows that he got to know future WWE colleagues Sheamus and Wade Barrett.

McIntyre soon signed with the WWE, displaying enough potential to earn the label “the Chosen One” from Mr. McMahon. Despite winning the Intercontinental Title and featuring in One Man Band, McIntyre lost his passion for the business. As a result, WWE released him.

Drew McIntyre returned to the indie scene, working across the UK as well as shows in the US. McIntyre rediscovered his love for the business and developed himself as a wrestler. He went on to win the TNA Heavyweight Championship and found his way back to the WWE.

McIntyre starred in NXT before his return to the main roster. This time, he dropped the comedy gimmicks and showed a more serious side. His return reached its high point by winning the Royal Rumble before going on to defeat Brock Lesnar at Wrestlemania. Despite no longer being champion, McIntyre continues to be one of the top stars in WWE. He recently main evented Clash at the Castle against Roman Reigns.