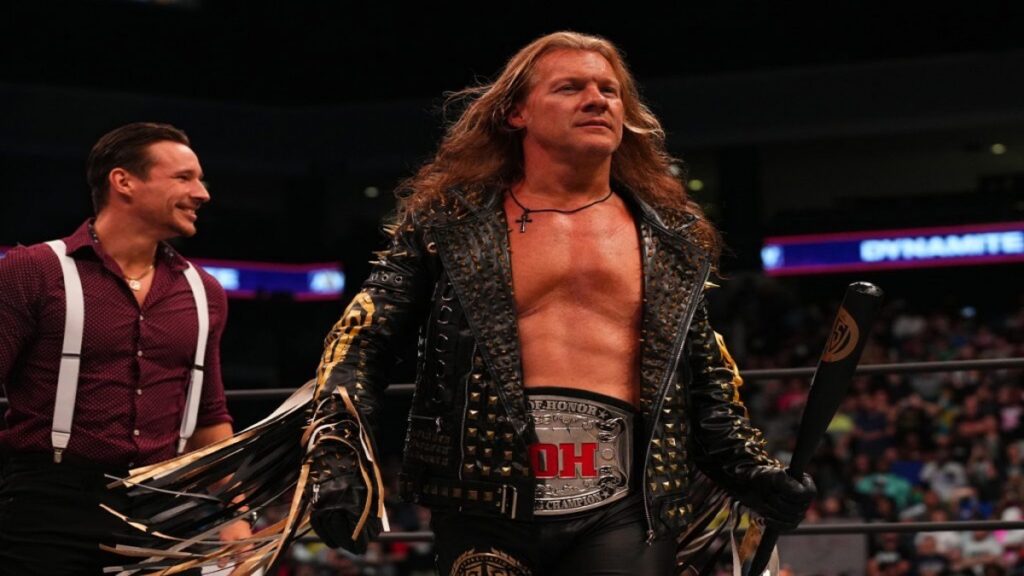 Wizard. The Lionheart. Le Champion. The Painmaker. Y2J. The Ocho. While he has been known by many nicknames, November 9th’s Wrestler of the Day is none other than AEW sports entertainer and Ring of Honor World Champion, Chris Jericho.

On this day in 2019, Chris Jericho successfully defended the AEW World Championship against Cody Rhodes. As a result of a pre-match stipulation, the American Nightmare was never allowed to challenge for the AEW World Title ever again. Since this was AEW’s first Full Gear and first pay-per-view since the tv debut of Dynamite, Jericho is today’s Wrestler of the Day.

After training at the Hart Brothers School of wrestling, Chris Jericho made his debut at an independent show in 1990. He worked at several smaller promotions before spending the end of the 1990s in ECW, WCW, and NJPW. In each promotion, Jericho was a multi-time champion.

In 1999, Chris Jericho joined WWF/WWE as the mysterious countdown ended with Jericho showing up on Raw. His long run in WWE saw him win a plethora of championships, numerous feuds, and of course, the List of Jericho.

In recent years, Jericho sent shockwaves throughout the wrestling industry when he signed with the upstart company, AEW. This move sent the message that AEW was more than just another independent company, they were intent on being a major player. Jericho was the inaugural AEW World Champion, reigning for 182 days. He has had feuds with stars such as MJF, American Top Team, and the Blackpool Combat Club. Chris Jericho currently leads the Jericho Appreciation Society and is the reigning ROH World Champion.