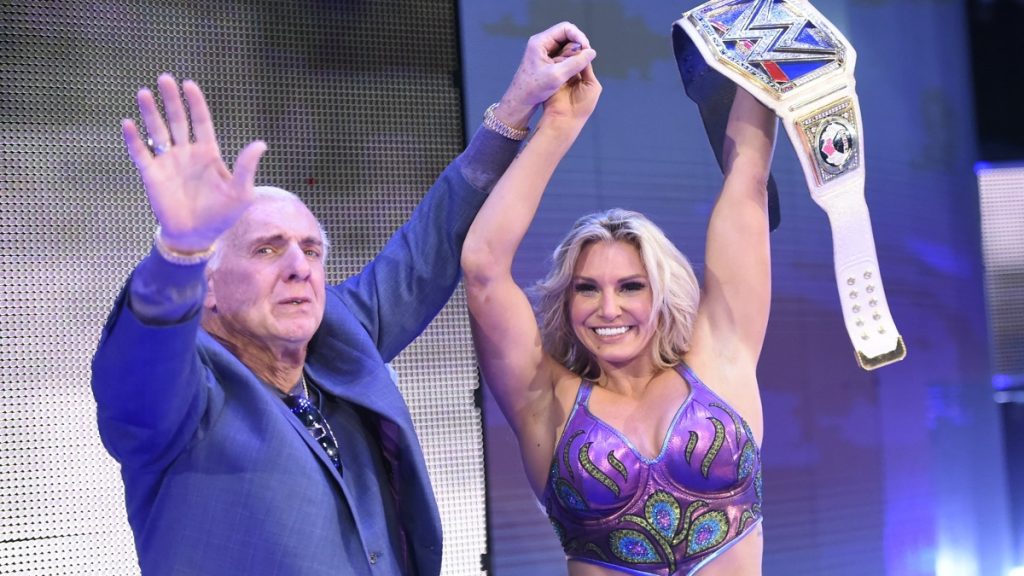 One of the most decorated women’s wrestlers in WWE history, the Queen, Charlotte Flair is Wrestling Republic’s Wrestler of the Day for November 14th.

Five years ago, to the day, Charlotte Flair defeated Natalya to become SmackDown Women’s Champion for the time. The win made her the first woman to win the Diva’s, NXT, SmackDown, and Raw women’s championships. In honor of this, Wrestling Republic is honoring Charlotte Flair as the Wrestler of the Day.

The Queen was called up to the main roster in 2015 alongside Becky Lynch and Sasha Banks. Flair arrived at the end of the Diva era, being the last woman to hold the Diva’s Championship. Since her call-up, Charlotte Flair has been one of the most dominant wrestlers in WWE. In total, she has won 15 women’s solo titles and appeared on 63 pay-per-views.

Most recently, Flair lost the SmackDown Women’s Championship at Wrestlemania Backlash to Ronda Rousey in an “I Quit” match. She has been out of action since Backlash, marrying AEW star Andrade El Idolo in her time off.