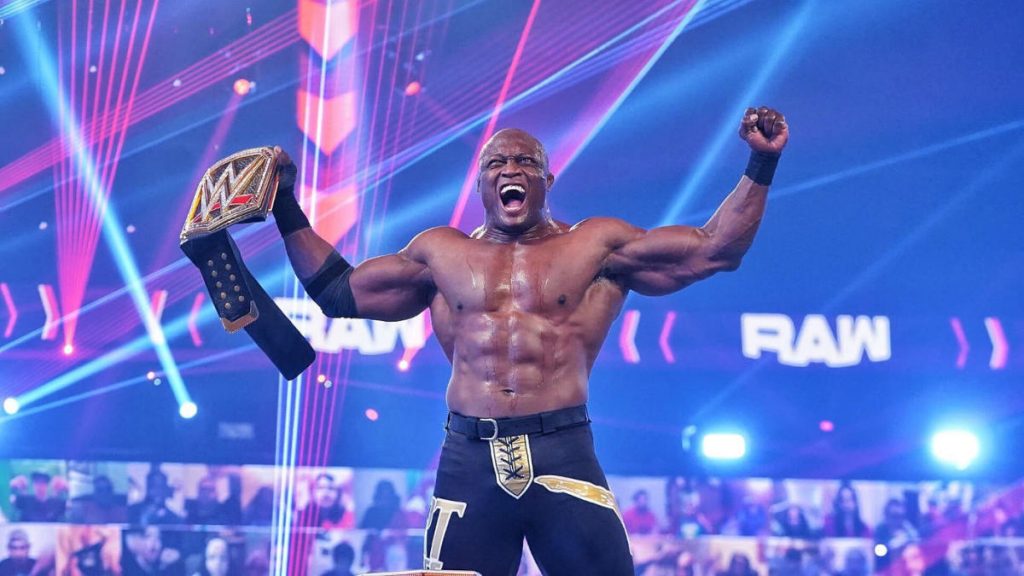 After recently returning from his temporary firing by Adam Pearce, Bobby Lashley appear appear on Monday Night Raw. Tonight’s preview on the WWE website says Lashley has “unfinished business.” The question is, who is it with? In honor of this unfinished business, he is today’s Wrestler of the Day.

After a successful career in amateur wrestling, Lashley followed in his father’s footsteps and joined the United States Army. While in the army, Lashley continued to wrestle at a high level but his Olympics dreams were derailed after suffering a knee injury. With Olympic wrestling no longer in the cards, Lashley gave professional wrestling a shot and signed with the WWE in 2005.

Like many superstars, Bobby Lashley’s journey in WWE has many twists and turns. He did win championships and teamed with Donald Trump to defeat Umaga and Mr. McMahon during the Battle of the Billionaires at Wrestlemania. However, he had a few stints away from WWE, which he spent in TNA and also with Bellator MMA.

Despite his sojourns, Lasley has been back in the WWE for the past five years. This most recent stint has been his most successful, with him winning the WWE Championship twice. Recently, Lashley had an encounter with his former manager, MVP. we shall see if MVP is related to the unfinished business mentioned in the Raw preview.