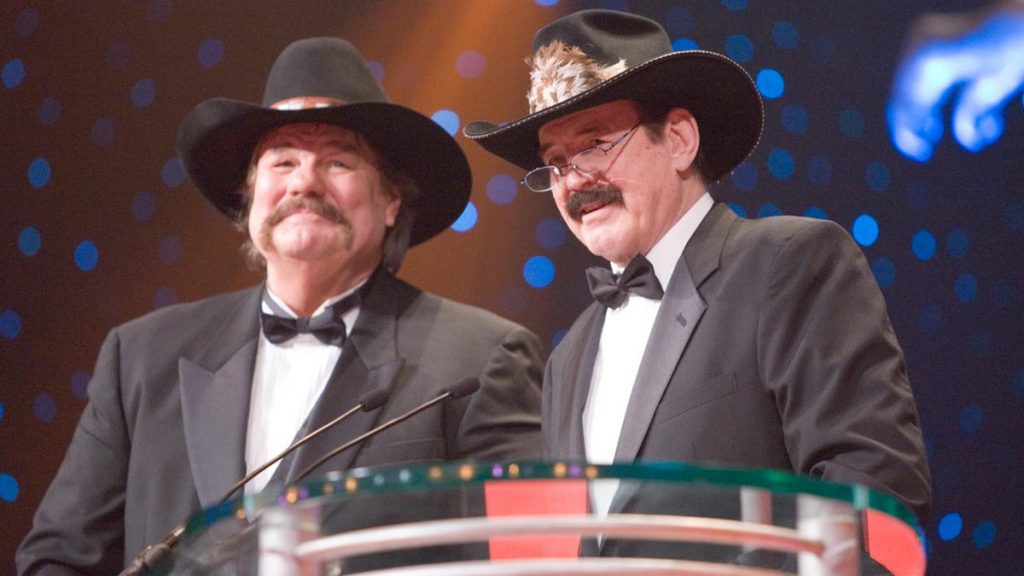 One of the stars of the territory era, the NWA’s Blackjack Mulligan is Wrestling Republic’s Wrestler of the Day for November 25th.

In honor of his birthday, we are honoring the WWE Hall of Famer as the Wrestler of the Day.

Mulligan started out as a football player for what is now the University of Texas – El Paso. After briefly attending NFL training camps, he joined the US Military. Once he left the service, Mulligan trained with Joe Blanchard and Verne Gagne of the American Wrestling Association (AWA).

In 1971, Mulligan made his way to the WWWF (WWE), where The Grand Wizard managed him. In his early time there, he had matches with all-time greats such as Pedro Morales and Bruno Sammartino. He eventually teamed up with Blackjack Lanza to form The Blackjacks, who won a number of championships in both the NWA and what became WWE.

Upon returning to the WWF in the 1980s, Blackjack Mulligan was frequently involved with fellow big man, Andre the Giant. The two feuded at times while later forming a tag team called The Machines. At the end of his career, Mulligan was a booker in Texas-based promotions.

After his retirement, Blackjack Mulligan was inducted into the WWE Hall of Fame as a member of The Blackjacks. His former manager, Bobby Heenan, inducted him. While he passed away in 2016, his family carries on his legacy. This includes his son Barry Windham and grandsons Bray Wyatt and Bo Dallas.