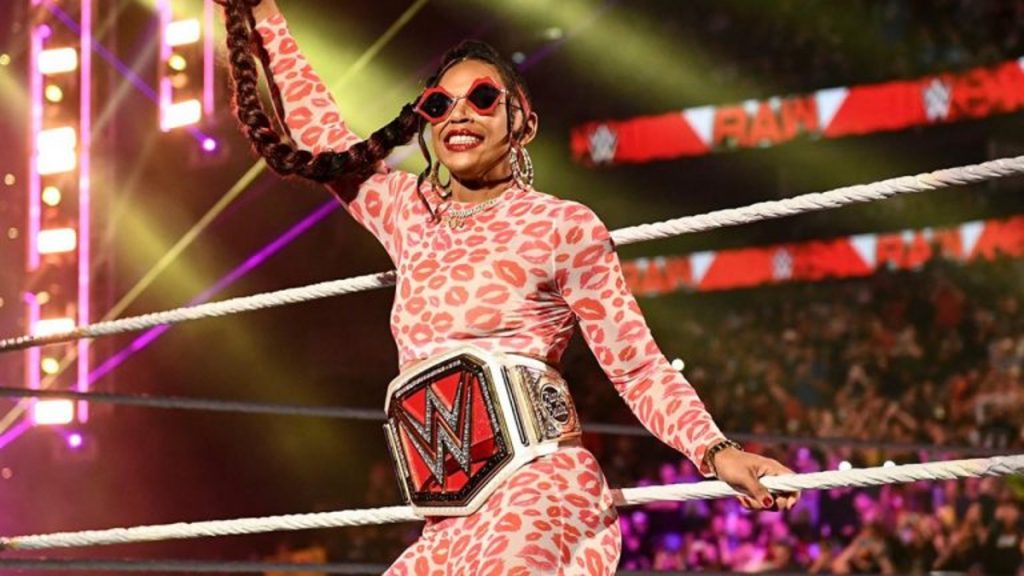 Bianca Belair, the EST of WWE, is the Wrestling Republic Wrestler of the Day for January 2nd.

One of the top women’s wrestlers in the world, Bianca Belair has been the Raw Women’s Champion for the past 272+ days. In honor of her successful title defense tonight against Alexa Bliss, Belair is today’s Wrestler of the Day.

Born in Knoxville, Bianca Belair was a tremendous track and field athlete at the University of Tennessee, where she became an all-American. She briefly had a career doing professional Crossfit but retired due to injuries. Belair signed with WWE in 2016 after Mark Henry scouted her.

Belair spent her first few years in NXT, where she unsuccessfully challenged for the Women’s Championship. While in NXT, Bianca Belair married fellow wrestler Montez Ford. Despite her lack of championships in NXT, Belair had several notable moments including being on the losing side at WarGames. Then the following night achieving victory over Team Raw and Team SmackDown at Survivor Series. This proved that she was ready for the big stage, leading to her entry into the 2020 Royal Rumble, where she eliminated 8 women.

Upon her call-up, Bianca Belair became a star. She won the 2021 Royal Rumble and then defeated Sasha Banks in a historic match to become SmackDown Women’s Champion. After losing the title to Becky Lynch, Belair moved to the red brand. Since changing brands, Belair has achieved great success. She finally won a WarGames match and became Raw Women’s Champion. Belair is approaching 300 days as champion.