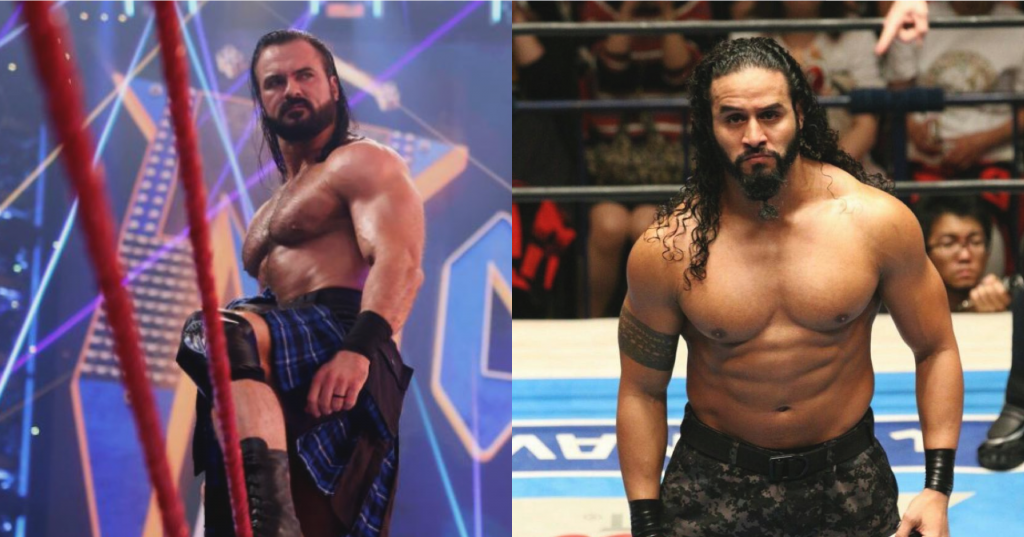 Earlier this week, reports emerged claiming that WWE were in discussions with NJPW to form a potential partnership.

The deal would see WWE send several of their wrestlers over to Japan, in return for WWE being NJPW’s exclusive partner in the US. This would affect NJPW’s current partnerships with IMPACT and All Elite Wrestling. You can read more on the rumors here.

Upon hearing the reports, several wrestlers took to social media to comment their thoughts on the situation. The first of which is former WWE Champion Drew McIntyre, who sent out various cryptic tweets targeted at Kazuchika Okada.

On Monday
Kofi will
Accept his
Doom
At my hands pic.twitter.com/FFTtX09Sxn

Would you look at that…

NJPW wrestler and one half of Guerrillas Of Destiny Tama Tonga has retweeted the reports, along with calling for several ‘dream’ matches.

I’ve got the #Ace pic.twitter.com/swlsdjd7Oq

NJPW’s Kenta, who was known inside WWE as Hideo Itami, also joked about the situation via Twitter.

The most surprising response was that of AEW President Tony Khan, who called out WWE and their President Nick Khan, calling him a ‘con-man from Connecticut’.

Ahead of tonight’s Live #AEWDynamite at 10pm ET/9pm CT, and #AEWDoN on ppv Sunday, AEW Owner/President @TonyKhan, aka the Forbidden Door, addressed rumors of a relationship between @WWE & @njpwglobal, + what this means to @AEW! Watch Dynamite tonight LIVE coming up on @TNTdrama! pic.twitter.com/atFTSrvyqZ

Following AEW’s response, WWE may have also taken a slight jab at the situation, posting a video of Nia Jax squashing Britt Baker during an episode of Raw from several years ago.