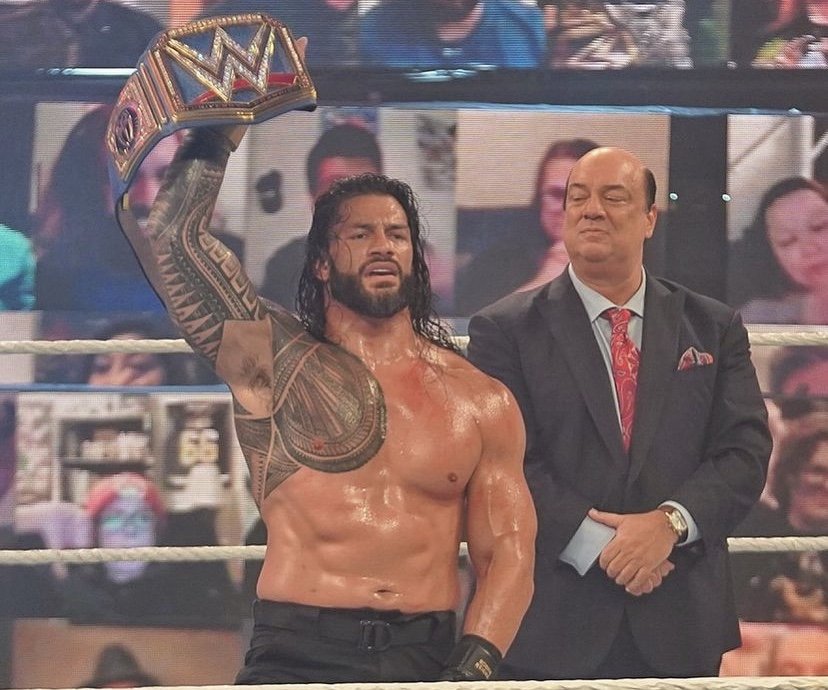 Despite a severely lacklustre build to the show, hopes were still high for WrestleMania Backlash. On paper the card looked extremely strong with every match having the potential to be great.

GREAT: Backlash opened with a fantastic ‘cold open’ surprisingly hosted by WWE legend Batista! The promo hyped up the nights events and significantly increased my excitement for the night ahead.

GOOD: WWE followed this up with another promo package, but this one taking an in depth look at the Raw women’s Triple Threat. Of course all three women in this match are insanely talented so I did have some excitement for the match, but the promo package made the story seem a lot more interesting than it has come across in the build up for it on Raw

GREAT: The Raw women’s triple threat showed the incredible ability of three women in what was a really well laid out match. However the match did have several flaws with several awkward camera angles for replays which showed the fact Charlotte missed completely on the moonsault, and Asuka getting herself up to move for the pin just seconds after taking a natural selections was certainly a rare embarrassment moment from the usually superb Asuka. One interesting note is that Asuka slapped her leg several times during the match, something which was banned in WWE a couple of months ago.

GOOD: Backstage The Miz and John Morrison had a typical comedy backstage interaction which was well performed.

GOOD: Backstage Rey found out that due to an attack Dominik suffered on the kickoff show, he was not medically cleared to compete meaning that Rey would have to face the Dirty Dawgs alone.

MUST WATCH: Due to Dom’s injury, Rey had to start the match alone and as he always does in the underdog situation, he absolutely delivered! The Dirty Dawgs absolutely destroyed Rey and at one point Roode slid him outside the ring into a super kick from Ziggler in what was an awesome spot. Eventually Dominick came back but Rey refused to tag his hurt son in, however once Rey got thrown into the corner Dom tagged himself in. However Dom’s rib injury quickly became an issue, but he eventually managed to tag Rey back in leading to the two getting the victory in a phenomenal underdog story!

GOOD: After the match the two had a post match interview with Kayla where they celebrated the fact they were the first father/son tag team in WWE history.

GOOD: John Morrison goes to the lumberjacks backstage to attempt to bribe them, however when he walks in they are all dressed as zombies and he slowly walks away. As long as they aren’t presented as real zombies, and instead are just tricking Morrison, I’m fine with this, and Morrison performed the role well.

GREAT: Backstage Jimmy tried to persuade Jey to leave Roman once again, however Roman then walked in and Jimmy said he was just there to wish him luck for tonight.

BAD: After the zombie segment, the commentary team clarified the fact these ‘zombies’ were just a promotional tactic for Batista’s upcoming movie. However jusy a minute after that, as soon as the zombies came out the commentary team ran away and Miz, Morrison and even Damian Priest were acting terrified.

TERRIBLE: If it was only Miz and Morrison who believed the zombies were real in this match, the entire concept ‘might’ have been okay. But the fact Priest also believed they were real and the two teamed up to fight them made it beyond a joke and an insult to fans paying money to watch this. Potentially it was due to the fact that both men had one billion things to focus on on the outside, but inside the ropes both Miz and Priest were sloppy during several spots.

RESULT: Damian Priest wins by pinfall before Miz is eaten alive by zombies…..

GOOD: Backstage Jey Uso confronted Jimmy after his actions earlier, but Jimmy just said to him ‘Instead of that locker room saying just Roman Reigns, maybe it should say Roman and his bitch’

GOOD: WWE followed this up by showing a promo package highlighting the feud between Bayley and Bianca.

GREAT: As expected Bayley and Bianca put on a fantastic match for the SmackDown women’s championship, which proved that the two have naturally great chemistry together. Bayley played her typical heelish role superbly, while Bianca once again showed her phenomenal athleticism and how she isn’t afraid to slightly bend the rules if her opponent is, by wrapping her hair around Bayleys leg to get the win. The finish protected Bayley while making Bianca look smart and not the typical dumb babyface.

GOOD: Backstage MVP is interviewed and he once again highlighted the fact that he believes Braun Strowman made a bad business decision last week turning down their deal.

MUST WATCH: The WWE championship triple threat match with champion Lashley defending against Braun and McIntyre was chaotic and beyond! McInture and Lashley interestingly worked together against Braun at the start of the contest, but this didn’t last for long with McIntyre putting Lashley through the ThunderDome LED board in a sport which had more explosions than the ‘exploding barbed wire death match’. Despite Braun looking ridiculously strong throughout this match, McIntyre eventually hit the claymore before Lashley returned out of nowhere to take advantage of McIntyre damage to Braun.

GREAT: Before the main event we were shown a promo package giving an in depth look at the Reigns vs Cesaro storyline so far.

GOOD: As Reigns was about to go to the ring, Jey Uso began hyping him up. However once again Jey said ‘we’ instead of ‘you’ to Roman, so Roman told Jey he sounded just like his brother right about now, and that he didn’t want him at ringside tonight.

MUST WATCH: In the main event of the evening Roman Reigns took on Cesaro in a match which followed a similar formulae to most other matches so far in his title reign, where Reigns underestimated his opponent. However with this match there was a huge twist, and that twist was the fact Roman had to do it on his own today. No Usos at ringside. Roman Reigns worked Cesaro’s right arm the entire match and Cesaro sold it perfectly. Cesaro really came across as a larger than like, almost comic book like, character here, and it was awesome to witness! In the end it was all too much and the Tribal Chief retained his throne.

GREAT: After the match Jey Uso came out to the ring to give his apologies to Reigns, and asked for his permission to finish off Cesaro. Reigns accepted. Jey then gave Cesaro an absolute beating before Seth Rollins came out, got into the face of Reigns, before then laughing and attacking Cesaro himself. Fantastic end to the show!

WrestleMania Backlash was a highly successful PPV which featured three must watch matches. However the show was significantly harmed by the awful zombie match which was the worst match in a long long while in WWE, and was embarrassing to watch. Excluding the zombie incidents, everything on the show was at least good and expectations were undoubtedly exceeded. With that said, the zombie stuff absolutely has to be taken into account when giving this final rating, and the oficial score for the show is 7.8/10!