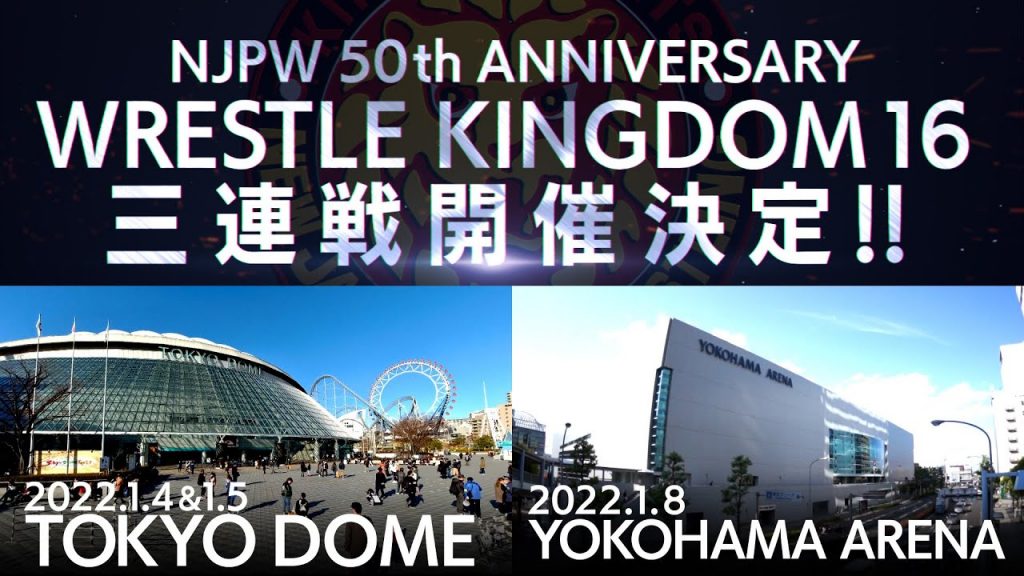 They announced that they were going to do 1.4 and 1.5 in the sacred Tokyo Dome and they would return to Yokohama Arena in 1.8.

Wrestle Kingdom has been in originally a 1 night show in the Tokyo Dome on 1.4 but from 2020 they have turned it into a 2 night show as they had their first “Double Gold Dash” where the first dual IWGP singles champion was crowned as Tetsuya Naito became the dual champion. This will be the first time Wrestle Kingdom will be held for 3 days and being held in Yokohama Stadium. Also a annual event named “New Year Dash” where all the new feuds are going to be stirred up that occurs after Wrestle Kingdom. Since there will be a gap in the dates. We still don’t know what date New Year Dash will take place