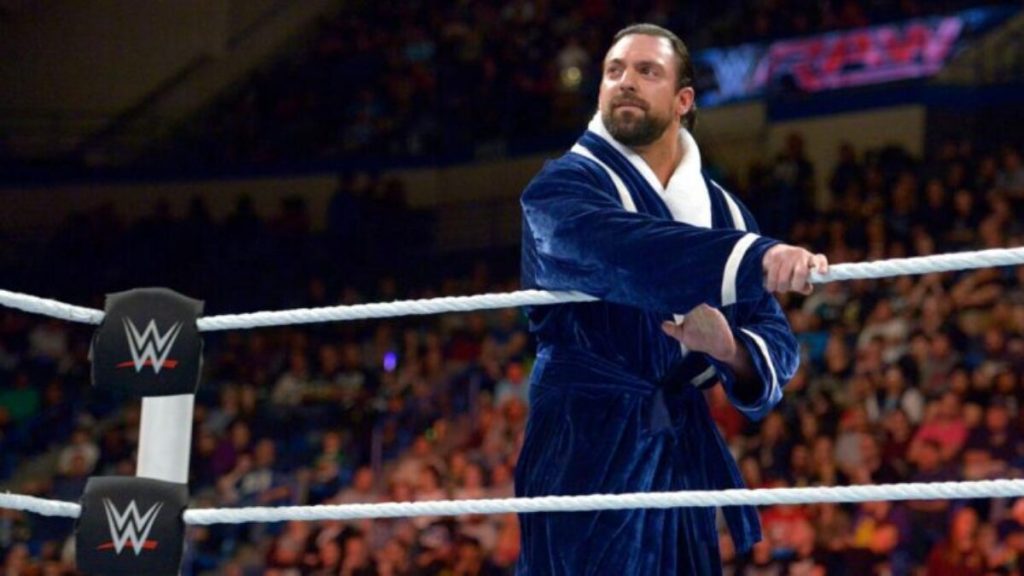 William Regal sees Aron Stevens (FKA Damien Sandow) as the one who got away and thinks he should have had a better career than he did.

This week on his Gentleman Villain podcast, William Regal discussed the star formally known as Damien Sandow. Aron Stevens was in WWE for several years and went so high as winning Money in the Bank. Unfortunately, he was among the first to fail at cashing in, attempting to on John Cena and failing.

Following that, his career took a bit of a nose dive when he was relegated to comedic roles. Most notably, he worked as The Miz’s stunt double/tag team partner, and the two won the tag titles together.

Sandow didn’t do much after that as he was soon after released from WWE, despite remaining over with the fans. He would go on to have a brief run in Impact wrestling before joining NWA, where he remains today.

Fans have always felt that Damien Sandow was the one who got away due to his work in the ring. Even when he was dressed as Magneto, they never stopped being behind him, yet WWE didn’t see his worth.

Indeed, William Regal’s kind words echo what everyone thought about Damien Sandow in his final days with the company. William Regal compared him to himself in terms of being able to make anything work, a skill few wrestlers possess.

“I do believe Damien Sandow was — he was far better than his career ended up being,” said Regal. “Damien Sandow was magic and special in everything he was given. That’s why I liked him so much. He was like me. Is he going to be the top guy like Seth Rollins, Jon Moxley, and Roman Reigns? Maybe not. Is he going to be a perfect player on your show, do anything, and make anything work? Yes.”

In further praise for his work, William Regal believes that Damien Sandow will have a job in wrestling forever.

“I don’t like to say certain things, but that was — I always thought that he would have a job in wrestling, at a high level, forever. When I say ‘high level,’ I mean in a top company, because he could do anything and blend in with anybody.

“He can pull off good comedy, and I like to consider myself one of those. He was just brilliant at it. The others have gone on to do well. The guys you mentioned became The Shield, and look what happened to them. They were all great, and I think the world of all of them. They were all great to be around then. In FCW, there were always polite, and respectful, asked the right questions, and did the right things. Damien Sandow was just the one that got away.” (H/T Fightful.com)

What Are William Regal and Damien Sandow Up to Today?

Aron Stevens has called it quits on wrestling a few times, but he can never stay away long. He currently continues to perform for NWA, but his name does not have the same power It did in WWE.

William Regal manages Blackpool Combat Club in AEW and has been featured in the program between Jon Moxley and MJF. The Group also has Bryan Danielson, Claudio Castagnoli, and Wheeler Yuta, so Regal is still surrounded by stars.

Full Gear is this Saturday and will see MJF and Moxley square off for the AEW World Championship. The match may see Regal at ringside to support Moxley.