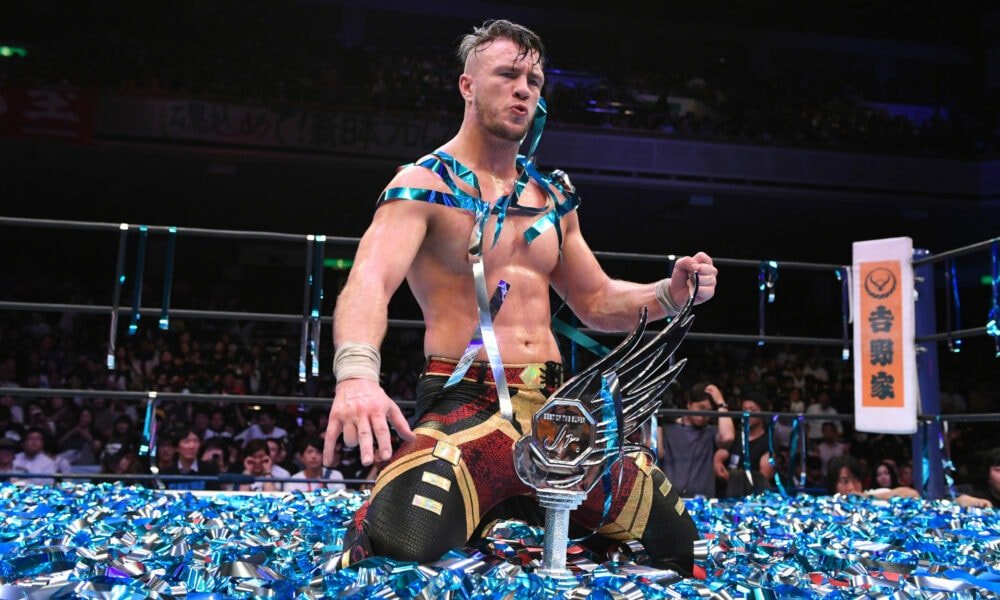 NJPW Star Will Ospreay has declared recently that he is not in very good terms with Kenny Omega.

Will Ospreay has been one of the best professional wrestlers for many years right now. The incredible performances put on his matches have undoubtedly made him the best British wrestler in the world.

We had informed some days ago about him having no interest in signing with WWE. However, while also speaking with WRESTHINGS, Ospreay explained the status of his relationship with AEW’s Kenny Omega.

“We’re just not on good terms right now, I just want to leave it,” Ospreay said. “It’s just, when you leave the building, and when you leave New Japan and you pull me to one side and say, ‘Hey man, you need to step up for this company, I believe in you,’ all this and gas you up, and they gas you up hard.

Even when you’ve done that f*cking barbed wire exploding match and it f*cking went to s–t, I actually was the type of guy that went out and said, ‘Oh, I hope they are alright,’ because the bombardment of tweets that you get, I was probably the only guy that f*cking did that.”

Ospreay concluded by denying any interest of facing Omega at Forbidden Door:

“I prefer him to just stay away from me at this point because it’s not even like funny to me. Honestly, you can destroy guys like that, it’s just like you were the literal guy saying this, and now you’re saying that. I don’t like two-faced people, be real, just be real and that’s all I ask for.” (Via WRESTHINGS podcast, H/T WrestlingInc)

Will Ospreay is currently out of action due to a kidney infection.