Why Santana Was Not On AEW Dynamite Last Night 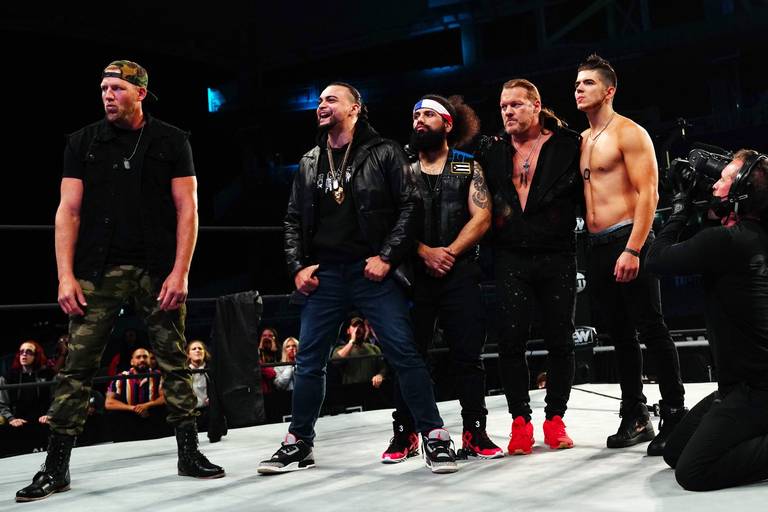 On this week’s AEW Dynamite, we got another altercation between Pinnacle & Inner Circle. Inner Circle interrupted Pinnacle’s coronation with them forcing MJF to give them a rematch by spraying the Pinnacle members with a Little Bit of the Bubbly. Inner Circle got their rematch, but MJF challenged them to a Stadium Stampede match with a little favor. If Inner Circle loses, they have to disband.

The match is not actually official yet, but it’s currently planned for Double or Nothing and it’s most likely to happen at the show.

The strange things was, Where’s Santana? In a backstage promo with Inner Circle, Ortiz said that Santana was in Jail because MJF had him arrested for using a fork at the Blood & Guts Specials last week.

However, that was not the real reason why Santana wasn’t on Dynamite last night. According to Dave Meltzer on the latest Wrestling Observer Radio, Meltzer said that Santana is that he is currently sick and he had been kept off the show as a precaution.

Chris Jericho also noted on his podcast that the former IMPACT World Tag Team Champion “messed up his back” during Blood & Guts last week after taking a brutal bump between the apron and the cage.