Why Davey Boy Smith Jr hasn’t been on WWE TV 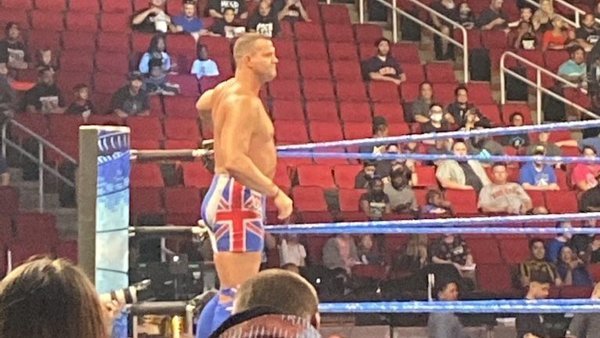 A lot of buzz was created in July when Davey Boy Smith Jr. made his return to the WWE.

He wrestled a dark match with Austin Theory going on to defeat Odyssey Jones and Xyon Quinn.

But since then we haven’t seen or heard anything about the official debut for the son of WWE Hall of Famer “British Bulldog” Davey Boy Smith.

According to Dave Meltzer in his latest addition of Wrestling Observer Newsletter he sheds some light on the situation.

Meltzer wrote, “Notable that since he signed with the company and debuted weeks ago in a dark match on a Smackdown taping, Harry Smith has disappeared and hasn’t been on any shows.”

PWInsider.com notes that Smith has yet to be officially assigned to a brand and he is in “hurry up and wait” mode.

Smith even confirmed his return to the company on WWE’s official Youtube page.

He makes his return to the company after being away since 2011.

During his first run with the promotion he was able to become a 2-time tag team champion.