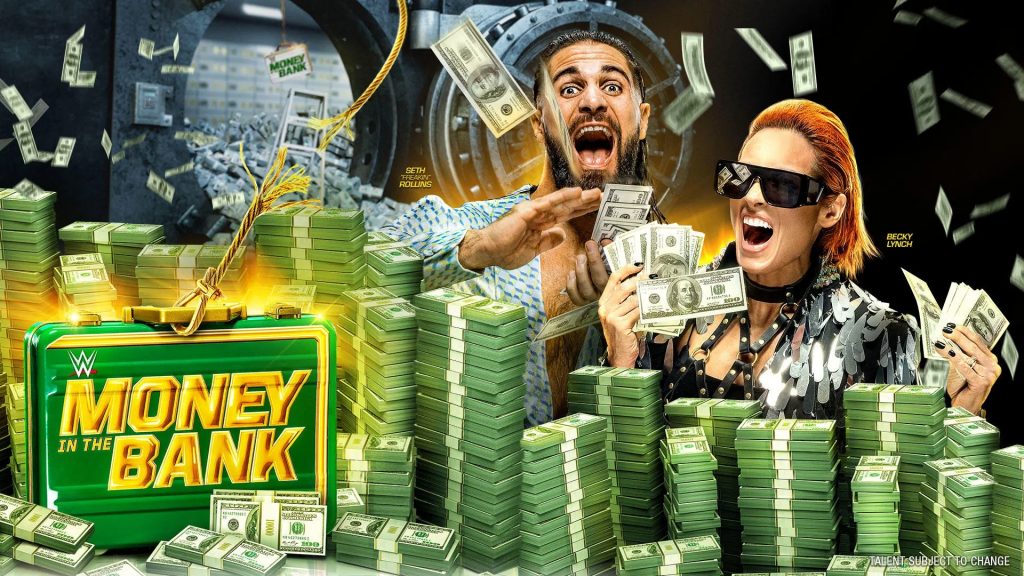 Ask Allison Anything is a series of articles in which fans submit questions for the owner of Wrestling Republic, Ben Allison, to answer.

Welcome to the second edition of Ask Allison Anything! Today I will be discussing questions following the Money In The Bank Pay-Per-View.

Question: Do you think Liv Morgan cashing the contract in so early was a good call?

Internally many within WWE presumed that it would be Becky Lynch winning the women’s Money In The Bank briefcase, to help set up a match between her and Ronda Rousey at WrestleMania 39, which has been the plan since January.

This of course did not happen, with Liv Morgan winning the briefcase in what really felt like a positive surprise. Even more surprisingly, Liv Morgan cashed in later in the night, and won the SmackDown women’s championship against Ronda Rousey.

Liv Morgan really has put the work in over the past few years, and is someone who is very well liked, not just by fans, but also by those backstage in WWE.

Her hard work ethic, along with her positive reputation with other wrestlers and those ‘higher up’, finally paid off in a moment which was well deserved.

However the issue is, no woman has held the Money In The Bank briefcase for more than 27 hours now, since Carmella won the inaugural women’s briefcase in 2017.

This is because since adapting to the two MITB format, WWE have always favoured having one attempted/successful cash in on the same night. Although not explicitly advertised, they see fans expecting a cash in during the event as an attraction that helps to sell tickets.

Their logic was confirmed when there were some complaints from fans at the Dickies arena in Texas last year, when there was no cash in at the event. This led to the Nikki A.S.H cash in the following night on Raw, which was also in Texas.

Of course with no men’s World Championship match being on the card at Money In The Bank, due to Roman Reigns new limited schedule, the only option was for yet another womens cash in on the same night.

If WWE wish to continue their policy of a cash in happening during Money In The Bank, it is advisable that next year they decide to do so with the men’s briefcase and give the women’s MITB holder a longer run.

Question: If you could travel back in time and watch one wrestling show, what would it be?

While to many the answer to this would understandably be ECW One Night Stand 2005, for me personally Money In The Bank 2011 has a special place in my heart.

At the time I was fairly young, and after hating CM Punk for the past couple of years after his feud with my childhood favourite, Rey Mysterio, I began warming to him for the first time during his feud with Cena.

I truly believed that Punk could leave WWE with the title, and for some reason I was rooting for him to do so!

The entire card was stacked with great matches from top to bottom, made even better by what I’d argue was the best crowd from the entirety of the 2010’s, making for an unforgettable show with a shocking finish.

I’d give up a lot of things to have the chance to go back in time and witness that event in person.

Question: Fans say WWE should push new stars and when they do they turn on them. What gives?

In reality, people don’t realise that more often that not fans don’t know what they want, and if shows were purely booked by fan reaction, professional would lose its beauty very quickly.

It takes time to build new stars, and this is something some fans don’t realise.

Austin Theory winning Money In The Bank was a weird decision, and almost undoubtedly a last minute one, but it made sense and could really help to push him to become the top heel in the company for the next two decades if done well.

While many are claiming this is a copy of the Seth Rollins authority storyline from 2014, I see it in a very different way.

Perhaps I’m about to give Vince McMahon’s creativity these days too much credit, but over the years he has proving wrestling fans with hundreds of genius storylines, so I’ll give him the benefit of the doubt.

I believe that in storyline Vince McMahon trying to push Theory as a new top star is him trying to prove to himself that he still knows what he’s doing and is still the genius he once was, while making a star for the future in the process that will continue his legacy once he’s gone. So every time Theory fails, McMahon cannot help himself but to give Theory another opportunity, as McMahon can’t face the truth that he’s made the wrong decision.I

think Theory will fail his cash in and Vince will start doubting himself and his decision and start to give up on Theory, but then against all odds Theory will bounce back and win the championship, eventually proving Vince was right.

Question: Do you think Cody Rhodes will return and win the WWE championship at WrestleMania 39?

As I stated earlier, internally it was believed Becky Lynch was going to win the woman’s Money In The Bank match to set up the WrestleMania match with Rousey. However Morgan winning seemingly wasn’t the only surprise.

We were also told that it was expected by those within WWE that Seth Rollins would be winning the men’s match, in order to put the wheel in motion for Rollins vs Rhodes at WrestleMania for the WWE Championship.

Once it became known that WWE was taping a Cody Rhodes promo from rehab, it was thought it was a full gone conclusion that this was the case. The promo was still used on the show, despite Theory winning the match.

A source high up within WWE told us in April that the thought within WWE is that the Reigns vs Rock match, which is still pencilled in for WrestleMania 39, does not need a championship, and by not having a championship involved, it makes the match less predictable.

If this is still the case, it’s safe to presume that Reigns will lose the title before WrestleMania. The best way for him to lose it would be via a cash in, but is Theory really ready for a world title? I guess time will tell.

Another option they could choose is to have Reigns defend his title in the Royal Rumble match and to have The Rock eliminate him, before Rhodes or Rollins ends up winning the match.

That marks the end of this edition of ‘Ask Allison Anything’. Thank you for taking the time out of your day to read! If you’d like to send in a question to be answered in the next one, email it to wrestlingrepublic@gmail.com