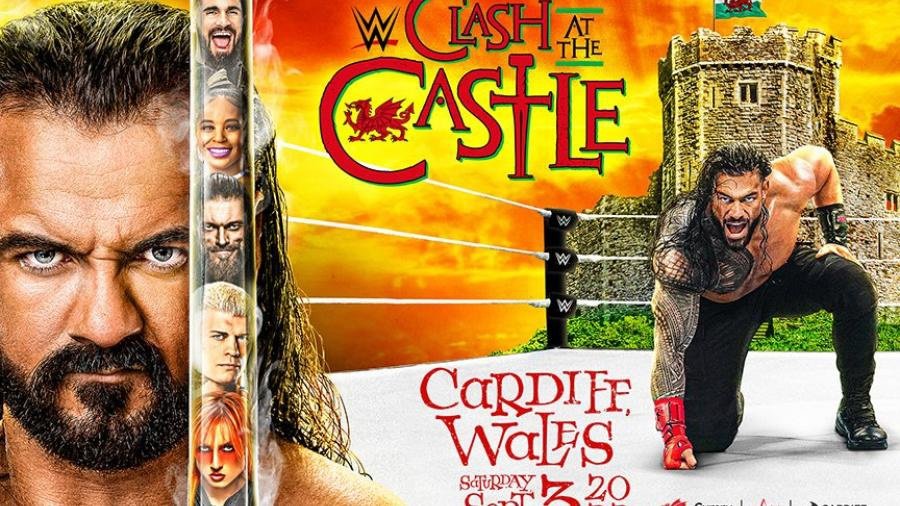 Popular Welsh media site ‘Wales Online’ have published a story criticising WWE for the price of tickets for the upcoming ‘Clash At The Castle’ event which will take place in Cardiff, Wales.

WWE’s Clash At The Castle event will be their first U.K Stadium show since SummerSlam in Wembley Stadium in 1992.

According to an article published by the BBC in 2018, the average ticket prices for large arena/stadium events was £45.49 in 2016, with the cheapest ticket option for WWE Clash At The Castle being just under that, with the average being significantly higher.

When American Popstar Taylor Swift ran Wembley Stadium in June 2018, the most expensive ticket was £120, which is also expected to be under the average ticket price for WWE’s upcoming event.

The reason for WWE deciding to charge so much for tickets is likely because of the high demand there has been for the event, with nearly 200,000 fans registering for pre-sale, which would be over double the amount WWE would need to be able to sell out the venue.

It’s unknown how many tickets WWE have been able to sell during pre-sale, but as of this time there are still tickets remaining, as expected, heading into general sale on Thursday.

WWE’s largest competitor, All Elite Wrestling, have recently expressed interest in following in WWE’s footsteps and also running a UK Stadium event in the near future.

Tony Khan, who not only owns AEW, but also owns Fulham Football Club, has expressed his interest in running a wrestling event at his own stadium ‘Craven Cottage’, in London.

Clash At The Castle will take place on September 3rd 2022, and is expected to be shown Live on Peacock in the United States, and the WWE Network internationally.