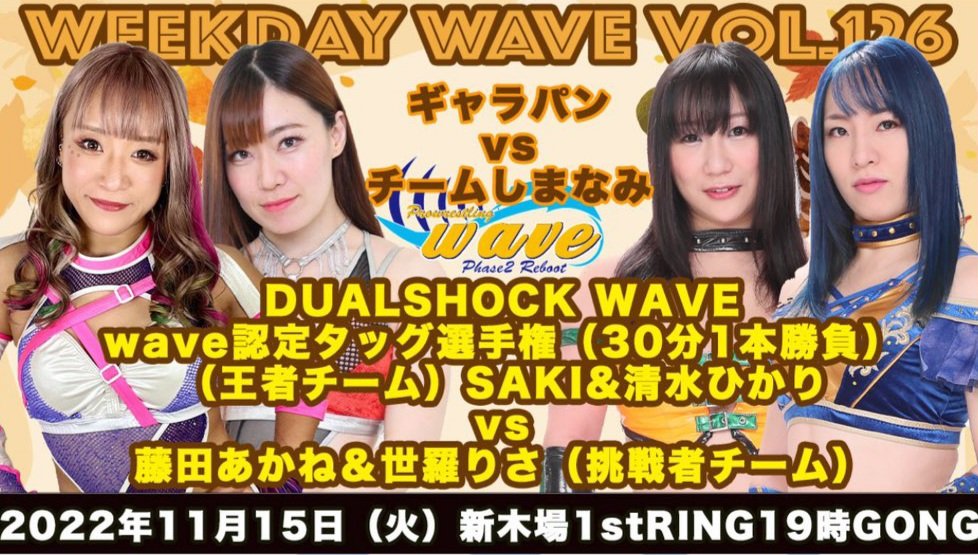 So, with nothing else to say, here are the full results of Pro Wrestling WAVE’s Weekday WAVE Vol. 126 event in Tokyo’s Shin-Kiba 1st Ring:

This is all for our coverage of Pro Wrestling WAVE’s Weekday WAVE Vol. 126 event. Stay tuned to Wrestling Republic, as we’ll keep you updated with everything you need to know about Japanese wrestling.

Where Can You Watch Pro Wrestling WAVES’s Weekday WAVE Vol. 126?

As of right now, there is not an official streaming service that allows people to watch Pro Wrestling WAVE’s events. However, you can stay tuned to their official YouTube channel for highlights and more original contents.

You can also visit WAVE Pro’s official website -as well as their Twitter account- for more information about the promotion, wrestlers, merchandise, fan club and details about their upcoming shows.