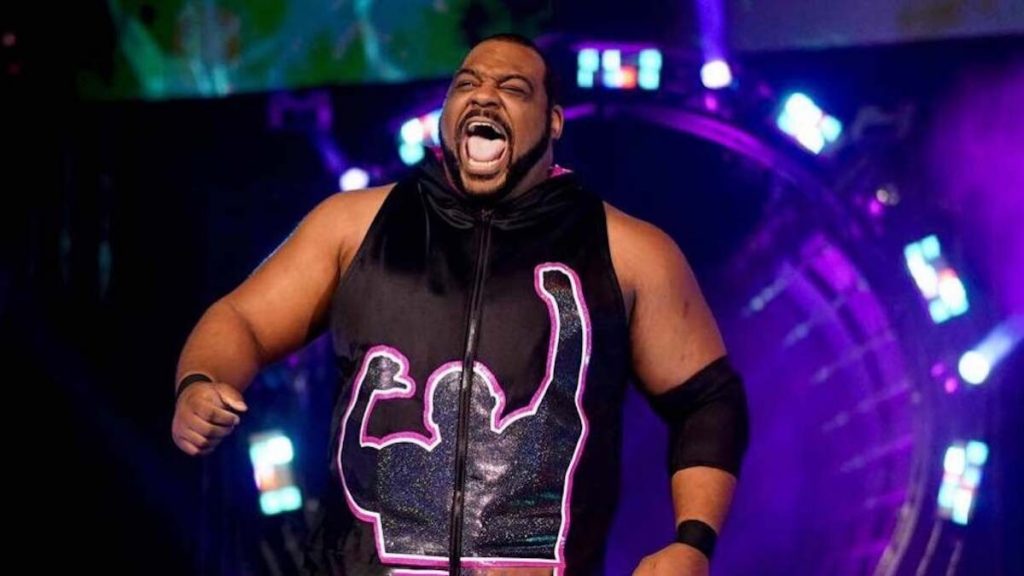 Preview: The fastest hour in professional wrestling is upon us again, this time from San Antonio, Texas. There is a lot of exciting AEW action on tap for tonight. First, we have Darby Allin taking on the Butcher of the AFO. The House of Black is in trios action, and in the main event Keith Lee takes on Max Caster of the Acclaimed.

GOOD: Darby Allin vs. The Butcher: Rampage is underway and both Darby Allin and The Butcher are already in the ring. Darby comes out like a house of fire before Butcher briefly halts the momentum with some incredibly stiff forearms in the corner. Darby responds and knocks Butcher to the outside, where he lands a suicide dive between the ropes and this show is off to a super hot start. The Butcher dominates much of the action through the commercial as well as afterwards. All of a sudden, Darby lands a Code Red outside the ring and the Butcher is down. He follows up with a Coffin Drop and rolls back in the ring. The Butcher is counted out and Darby is the winner.

Result: Darby Allin by Count Out via Coffin Drop

AVERAGE: Leyla Hirsch vs Red Velvet: Red Velvet enters second but Leyla Hirsch meets her on the ramp before the bell. Velvet is ready for it and gets the better of the exchange before they make their way to the ring and the match officially starts. In the ring Hirsch regains the advantage and works Red Velvet into the corner. Red Velvet is totally game though and reverses Hirsch back in the same corner. After a back and forth exchange Leyla Hirsch chains together some quality grappling and we head into the break with Red Velvet grounded. Out of the break Legit Leyla is in control and attempts an arm bar. Eventually Red Velvet makes it to the ropes for the break but Hirsch rolls out of the ring. She grabs a turnbuckle piece from under the ring and goes to use it on Velvet but Kris Statlander is there for the save. She grabs the turnbuckle connector from Hirsch and Red Velvet lands a corkscrew roundhouse kick for the win.

QT Marshall Backstage Promo: Too short to rate, but QT announces that next week he will be bringing Hook to the ring to give him the QT Marshall Certificate of Accomplishment.

GOOD: The House of Black vs. Bear Country and Fuego Del Sol: The latter trio are already in the ring and the House of Black enter in the creepiest way possible. Malakai Black starts the match and he starts it quickly, he’s all over all 3 members of the other side. He then tags in Buddy Matthews and he’s now all over both members of Bear Country as well. Brody King checks in and you guessed it, the ring is cleared again and he is utterly dominant. Boulder ends up in the ring with all 3 members of the House and eats strikes from each one. Fuego makes about a two second run before he is thwarted by Buddy Matthews. Matthews gains the victory via Pumphandle Death Valley Driver. This was about as much of a squash as a trio’s match could be.

Result: The House of Black by Pinfall via Pumphandle Death Valley Driver.

Penta Oscuro Promo: Penta cuts the promo in spanish before Alex Abrehantes explains that the Death Triangle is back and will be in action very soon.

Mark Henry main event preview: It’s Keith Lee and Max Caster and it’s the classic, “Time for the Main Event,” spot and this should be a good one.

GOOD: Keith Lee vs. Max Caster: Keith Lee makes his way to the ring to the biggest pop of this particular program thus far. The crowd chants, “Bask in his Glory,” and it is definitely main event time. Caster enters second and his freestyle is pretty hilarious. The match starts slow but as soon as Lee catches Caster he is in control. Powerhouse Hobbs appears on the ramp as Caster is grounded. Lee is distracted however and Max is able to take advantage. During the break the action spills to the outside but Keith Lee quickly regains control. Out of the commercial, Keith Lee is looking dominant, Caster has a brief flurry but after an ill fated fireman’s carry attempt is hit with the Big Bang Catastrophe, and that is it. Wow that went by fast, I guess that’s why they call it the faster hour in professional wrestling, huh.

GOOD: Swerve Strickland and Keith Lee standoff with Team Taz: Powerhouse Hobbs hits the ring, and he and Lee have a huge exchange. Starks joins the melee and so do the Acclaimed. Keith Lee is briefly subdued before Swerve Strickland’s music hits and he hits the ring wielding a steel chair. The Team Taz goons scatter and it looks like there is some kind of potential alliance between Swerve and Keith Lee who shake hands in the ring to end the show.

Overall: This was kind of a funky show. It is hard to put my hand on it but it just wasn’t quite as great as the standard episode of Rampage. Dynamite was so explosive, considering these were filmed the same night it is understandable that the crowd wasn’t as hot as Wednesday night. Even then this was just kind of an odd show, the matches were solid and storylines were advanced, but it felt as if they knew this would not be one of the more viewed episodes of Rampage. Maybe because of the immediately following the NCAA Tournament aspect it was an under-booked show, but not nearly as much happened as many of the other recent episodes of Rampage.