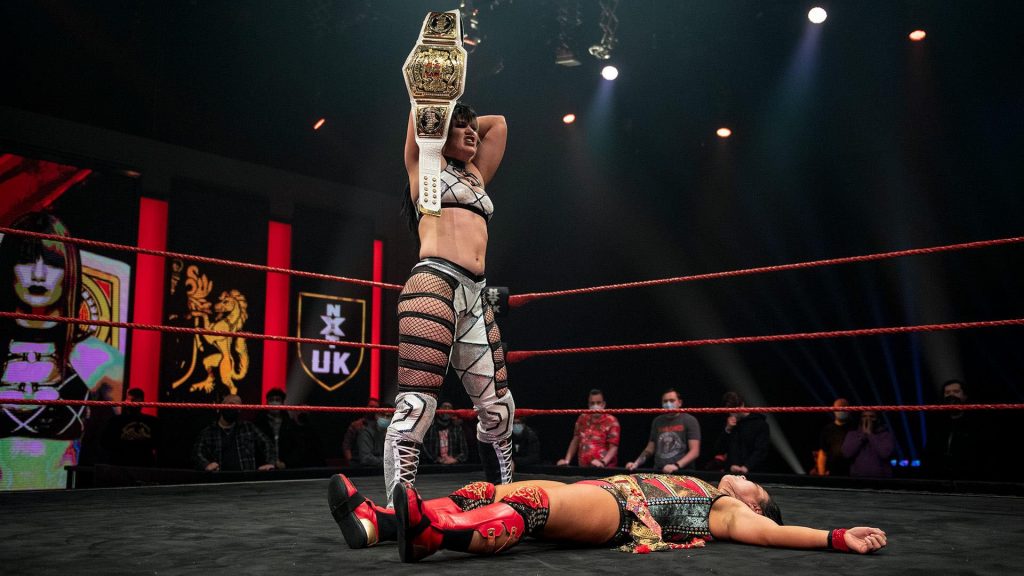 Definitely weird taking over the spot, with back-to-back reviews in one day before going on a two-week hiatus because of the two shows being highlight shows, they were billed as “Best Of 2021” shows.

Dec 23rd reaired the matches of

December 30th reaired the matches of

Reviews for those matches aren’t available under the WrestlingRepublic Brand:

The Tag match was a solid match with the tag team psychology that Pretty Deadly is known for But… The Triple Threat match from what I can remember was really good and people who watched it compared it as equal to the Wrestlemania triple threat match. Definitely worth the watch if you are looking for a good match.

Preview: NXT UK came into the year with a banger causing a new number one contender for the Heritage Cup to be crowned in A-Kid. NXT UK is looking to start the year off with a bang having an NXT UK Women’s Championship match in The Ichiban Gaijin Blair Davenport Vs The Champion, The Final Boss Meiko Satomura, also we see Symbiosis Vs Ashton Smith and Oliver Carter as they look to get one step closer to Moustache Mountains NXT UK Tag Team Championships.

This match was a good opener, it saw both teams get their shot to look good and have the offense. I think Symbiosis has the better tag team connection and offense. I know Ashton Smith used to team with Rampage Brown, that’s something I’d be interested in. The time was good and went the right amount of time. Overall it’s a good assumption to say Die Familie wins their match to face Ashton and Oliver in the finals.

Results: Ashton and Oliver picked up the victory after the AshCutter(?)

This promo package continues to build the upcoming Ilja Vs Jordan match and it tugs at the heartstrings. They continue to build Ilja as this face, that fights for his family and does it with honor. Short but Sweet.

Overall this match was to get Xia Brookside moreover as this bratty, entitled heel and it worked. Unique offense from Myla Grace and a cool finish by Xia. Xia’s mannerisms are working out really well and the crowd is definitely buying into her being this Bratty Daddy’s girl with the chants.

Amale is getting praise from some trainee while other heels are trying to put her down for her “sob” story. At this point, it’s smart to say that Amale is turning face and could be next in line for when Blair is champion.

Walter had a great video package showcasing his career in NXT UK as they bill his last NXT Uk Match as “Walter’s Last Stand” setting him up to face someone who is the future of NXT Uk in Nathan Frazer. Enjoyable Promo Package and Promo from Walter. Great work hyping up next week’s main event.

What a banger, with so much more to be done! Meiko Satomura showed that Blair shouldn’t have underestimated her and she did at the beginning. This match was a solid showing of what is to come for when they truly have a match where they go to the best of their ability. NXT UK started off the year with a banger and what a great women’s match. You can tell Meiko and Blair started to go into the Stardom style.

Results: Meiko Satomura Reverses Blair’s Roll up for the victory.

Overall this episode had nothing to complain about and was carried by the main event which had a great women’s match. The best women’s match since the beginning of the year. Ilja Dragunov builds momentum towards his future main event match with Jordan Delvin and Walter sets up his final NXT UK match.