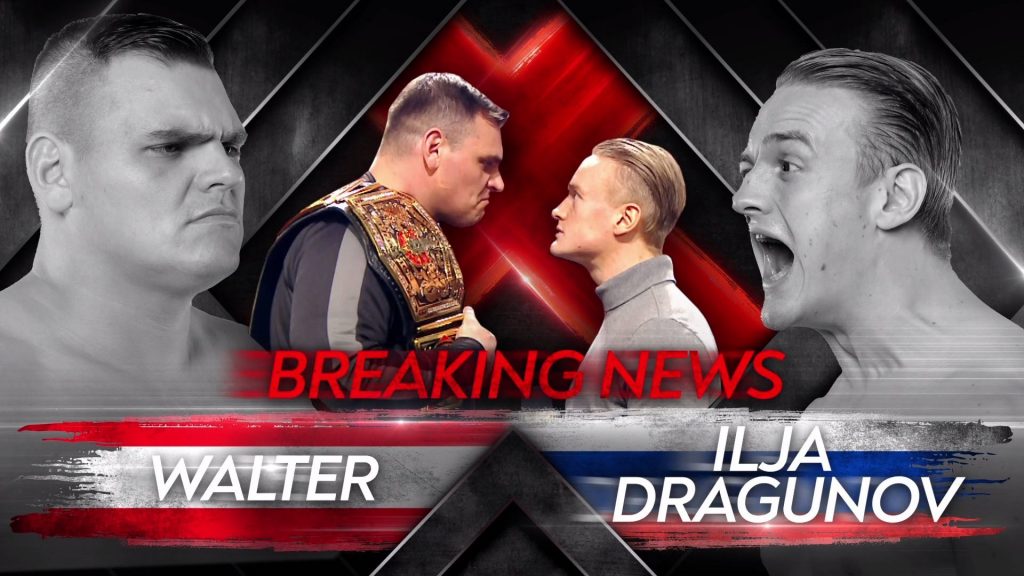 During this week’s edition of NXTUK, Walter and Ilja Dragunov signed contracts for their highly anticipated NXTUK Championship rematch scheduled for next week.

However later in the episode it was revealed that during an altercation with Dragunov backstage, Walter suffered a severe hand injury and won’t be able to compete next week.

This has resulted in the rematch being postponed to a later date, with details regarding the situation promised for next Thursday’s episode

Following an altercation backstage between @UNBESIEGBAR_ZAR & #NXTUK Champion @WalterAUT, the champion has suffered an injury to his left hand.

Dragunov’s last encounter with Walter didn’t end well for the ‘Unbesigbar’, however with his anger building up over recent weeks against the likes of Noam Dar and Sam Gradwell, many are eyeing up the rematch as a potential finish to Walter’s historic 800 day+ NXTUK Championship reign.

What are your thoughts on the above story? Let us know in the comment section below.