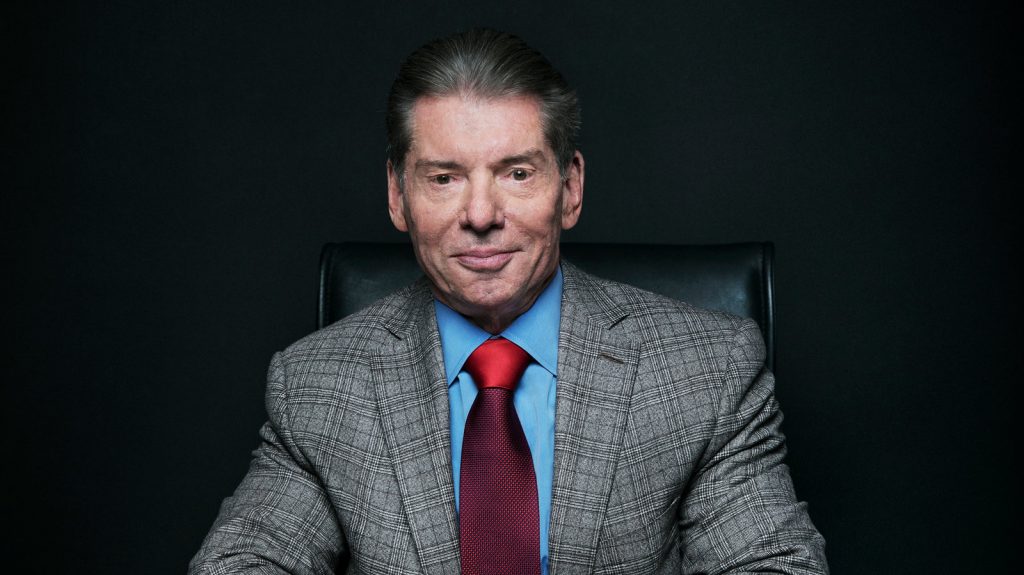 Vince McMahon Retiring from WWE has won the moment of the year from the Wrestling Republic Voting Committee.

July 22nd 2022 marked the end of an era for the company of WWE. Vince McMahon retired from the company and sent the wrestling world into a state of shock.

The Moment Of The Year was awarded to the biggest moment / news story that caused a massive paradigm shift among the wrestling world.

This was the first of two polls that were ran under different rules. Instead of only voting for one story, the Republic voters were able to award a “Bronze”, “Silver” and “Gold”. Each medal awarded more points, Gold being three. Voters also only explained their gold medal moment.

AEW Brawl Out got 6 Points.

Stone Cold Actually Wrestling tied with Brawl Out at 6.

Brock Lesnar brings the Tractor to Summerslam got 4 points.

The final moment to get any points was Undertaker’s Hall Of Fame Induction.

There is no bigger story than the man that was the czar of the wrestling world for decades being forced into retirement. The wrestling business isn’t the global phenomenon without Vince McMahon’s involvement in elevating the business, but it’s no excuse for his alleged behavior. Triple H taking the throne which is something the fans have been begging for since Black and Gold, but looked unlikely due to Vince dismantling the brand that Hunter built and Hunter’s health issues made his rise to the throne that much more shocking. Lastly the CM Punk/Elite train wreck is something that did more harm to everyone involved and the only winner in all of it is Mindy’s. – Anthony Ricciardi (Head Of Opinions)

Vince was supposed to retire when he perhaps died and to carry the Mcmahon dynasty with the WWE (which still is) and it was surprising that someone who almost dedicated his life towards WWE will retire and have no say in creative or anything. – Suki (Japanese News Writer & Lions Of The Republic Co-host)

Vince McMahon’s retirement from the WWE definitely marked the end of an era. The fact that the man who built the biggest wrestling empire -and made this business famous internationally- is something that will forever be associated with 2022 and that’ll change the entire landscape for the years to come. – Tomas Gramajo (News Writer)

Vince McMahon retiring is moment of the year. Vince built the WWE to a wrestling/sports entertainment mega power. Though some may say it was time for him to step down, it marked the end of an Era. – Mark Mumby (News & Scouting Showcase Writer)

Love him or hate him, there can be no doubt that no single person has affected bigger changes or been a more constant presence in the wrestling industry than Mr. McMahon. Therefore, his surprise retirement is the moment of the year. – Matt Cookson (Review Writer)

A true end of an era. A McMahon is no longer in charge of WWE, truly the end of a wrestling dynasty. Vince was far from a perfect human “More of a true villain” he did help wrestling enter the mainstream and become the worldwide spectacle we know today. Vince did a lot of good and bad for wrestling but his affected on the business will be remembered for all time. – Soul (Host of Soul Sessions & Regular Guest on Take It To The Table)

Nobody believed he would actually leave his position. Vince McMahon stepped down and the WWE has drastically improved. After shocking allegations, I still didn’t believe he would leave until he actually did. 2022 the year of insanity. – Coby Galenzoski (Head of Reviews & Co Host of Republic Ramble)

2022 was full of moments. Every time you thought it couldn’t get crazier, it did! However the Vince McMahon retirement story was easily the biggest moment in wrestling, not only for this year, but at for this decade at the very least. – Ben Allison (Owner Of Wrestling Republic and Graphic Artist)

Moments Of the Year was significantly easier for me than Match of The Year. I couldn’t not in good faith rank Vince McMahon stepping down as anything other than number one. As someone who has watched since 1996, I never could have imagined this is the way his long career would come to an end, but it did. Second for me was Stone Cold Steve Austin’s match with Kevin Owens at Wrestlemania. In 3rd, I had the MJF Pipebomb which I thought was the most outstanding promo of the year and one of the most exciting promo’s I’ve seen in quite some time. – Clark Taylor (Reviewer & Republic Ramble Co Host)

2022 has been a wild year in Wrestling, but the biggest moment of the year was Cody Rhodes returning back home to WWE. The build up to his return was as crazy as the moment itself, with WWE making hints on commentary and in promos that Cody was returning. – Archie Carter (News & Opinion Writer)

Cody Rhodes Return at Wrestlemania was the best moment of the year, I think it marked a moment in the history of the industry, showing that promotions are just names and the important thing are the wrestlers. – Gabriela Boteo (News Writer)

Wrestling has more than ONE…royal family. Never in a million years I thought I’d hear that theme in a WWE event. Sure , there’s numerous people that have left the rival company and joined WWE , but most of them were from companies already shut down (Bischoff, ECW stars) but Cody was coming fresh from a brand new major rival promotion that HE helped build. It was unheard of. and the fact he came in and had one of the feuds of the year and had a clean sweep as well and topped it off with a HIAC match. easily the best moment of the year! – Chaos (Host of Take It To The Table)

The shot in the arm that WWE deserved, Triple H taking over has been a clear driver of a revitalisation of the industry leader. Hasn’t been perfect, but there really does seem to be an energy and buzz surrounding WWE which makes their product a lot of fun to watch! – Ben Wagner (Opinion Writer & Lions Of The Republic Co-Host)

Triple H taking over WWE creative as CCO completely shook up the landscape of professional programming. Since being at the helm, he has helped to produce some of the best programming WWE has seen in years and brought legitimacy back to the company. – Olivia Quinlan (Head Of News)

“Nostalgia is a funny thing. When I attended WrestleMania never did I actually think Stone Cold Steve Austin would actually wrestle.  What a moment and it was shared with the right person, Kevin Owens. The pairing was perfect and if they were given more of a build it could have been a great story. However, Steve Austin got the biggest “pop” of both nights of WrestleMania which in itself is sort of a sad statement. It says that in 20 years WWE hasn’t produced a star bigger and more beloved than Austin.” – Ignacio Pinalez (Opinion Writer & Take It To The Table Guest)