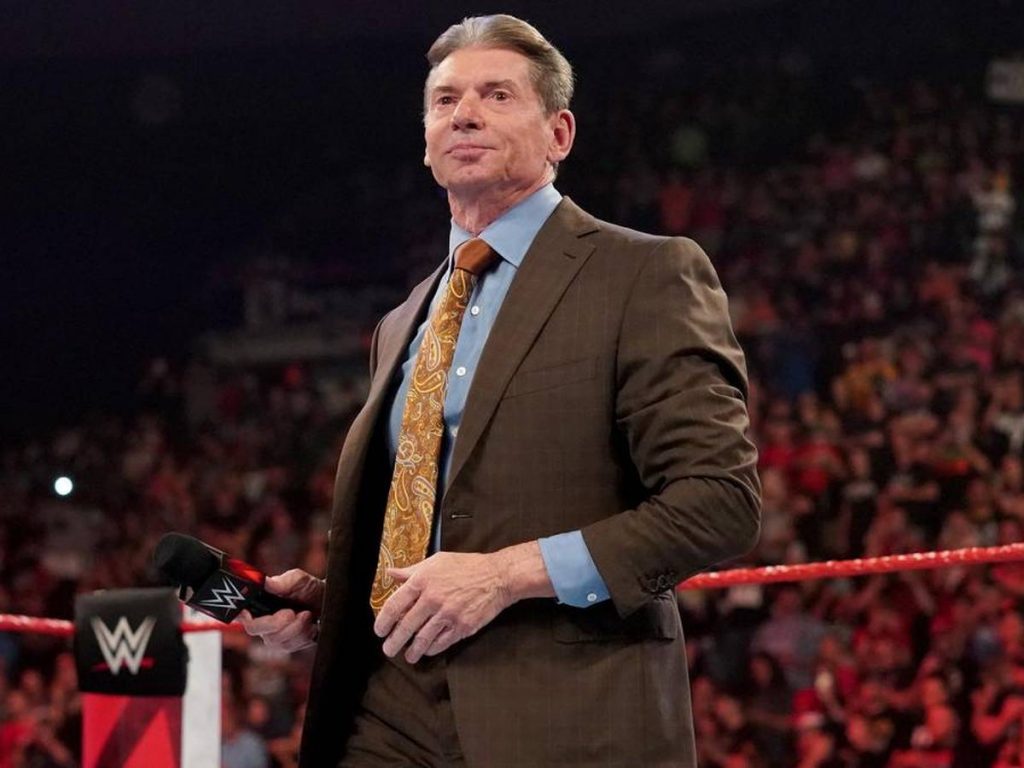 Vince McMahon has confirmed he is looking to return to WWE and participate in media rights negotiations.

An article published this morning by  Lauren Thomas of the Wall Street Journal revealed that McMahon is planning to return to the company, to pursue a sale of the business.

Vince reportedly revealed that he is electing himself and former co-presidents and directors, Michelle Wilson and George Barrios, to the board.

Both Wilson and Barrios, left WWE in January 2020 as part of a “management transition,” after being part of the board since 2018.

Vince has tried in the past to be reinstated, but the solicitations have been rebuffed by the board.

If McMahon wants to come back he needs a full board’s approval, more if he wants to assume the role of executive chairman.

According to the article, Vince still has power over votes because of his ownership of WWE Class B stock.

The report states the board responded in December in a letter to Mr. McMahon that it was prepared to initiate a review process and would welcome working with him on it.

Reportedly, McMahon has communicated with the board clarifying that unless he has direct involvement as executive chairman from the outset of a strategic review, he won’t support or approve any media-rights deal or sale.

All the U.S. media rights of WWE Raw and WWE SmackDown are set to be negotiated soon, as both contracts end in 2024.

The possibility of a return was confirmed by Vince McMahon in a press release.

The board is asking for a repay expenses incurred by WWE related to an investigation of the allegations against McMahon, and to complete any reimbursement for reasonable expenses related to the investigation to the extent not covered by insurance.

McMahon retired as WWE CEO on July 22 amid a board investigation of sexual misconduct and hush money allegations. WWE confirmed the investigation wrapped up in November.

“GREENWICH, Conn., Jan. 5, 2023 /PRNewswire/ — Vince McMahon, the founder and controlling shareholder of World Wrestling Entertainment Inc. (“WWE” or the “Company”) (NYSE: WWE), announced today that he has taken necessary actions to position the Company to capitalize on a unique opportunity to maximize long-term value for all WWE shareholders. The actions, communicated to WWE’s Board of Directors today via written consent, include the election to the Board of Mr. McMahon, as well as Michelle Wilson and George Barrios – former WWE Co-Presidents and Board members, and currently the Co-Founders and Co-CEOs of Isos Capital Management – and the requisite removal from the Board of three directors. Mr. McMahon expects to assume the role of Executive Chairman of the Board.

Mr. McMahon’s new role will enable unified decision-making through the Company’s upcoming media rights negotiations and a parallel full review of the Company’s strategic alternatives, which Mr. McMahon believes is the right course of action and in the best interests of WWE and WWE shareholders amidst the current dynamics in the media and entertainment industry. As Mr. McMahon has communicated to the Board, he believes there is a narrow window of opportunity to create significant value for all shareholders and that to do so, the strategic alternatives review must occur in tandem with the media rights negotiations. He also expressed to the Board that he believes these two initiatives require Mr. McMahon’s direct participation, leadership, and support as a controlling shareholder.

“WWE is entering a critical juncture in its history with the upcoming media rights negotiations coinciding with increased industry-wide demand for quality content and live events and with more companies seeking to own the intellectual property on their platforms,” said Mr. McMahon. “The only way for WWE to fully capitalize on this opportunity is for me to return as Executive Chairman and support the management team in the negotiations for our media rights and to combine that with a review of strategic alternatives. My return will allow WWE, as well as any transaction counterparties, to engage in these processes knowing they will have the support of the controlling shareholder.”

Before delivering written consent, Mr. McMahon sent two separate letters to the Board in late December in which he expressed the urgency of his return to the Company as Executive Chairman and his desire to work collaboratively with the Board and management team. Following conversations with representatives of the Company both before and after Mr. McMahon’s most recent letter on December 31, Mr. McMahon determined, consistent with his rights as a controlling shareholder, that the steps announced today are necessary to maximize value for all WWE shareholders

Mr. McMahon said, “Ms. Wilson and Mr. Barrios are highly qualified directors whose professional experience positions them well to help the Company achieve the best possible outcomes in both initiatives. As former WWE Co-Presidents and Board members, they are intimately familiar with industry dynamics and the organization’s operations and have helped guide the Company through past successful media rights negotiations. I look forward to working closely again with Michelle and George – as well as the Company’s remaining directors and management team, who have my full support and confidence. WWE has an exceptional management team in place, and I do not intend for my return to have any impact on their roles, duties, or responsibilities.”

In conjunction with the changes to WWE’s Board, Mr. McMahon’s written consent also includes certain amendments to the Company’s bylaws to ensure that WWE’s corporate governance continues to properly enable and support shareholder rights. These changes will be detailed in a Schedule 13D amendment to be filed by Mr. McMahon and a Form 8-K to be filed by the Company in the coming days.

No assurances can be given regarding the outcome or timing of the review process. Mr. McMahon does not intend to comment further until the process has concluded or Mr. McMahon has otherwise determined that further disclosure is appropriate or required.”